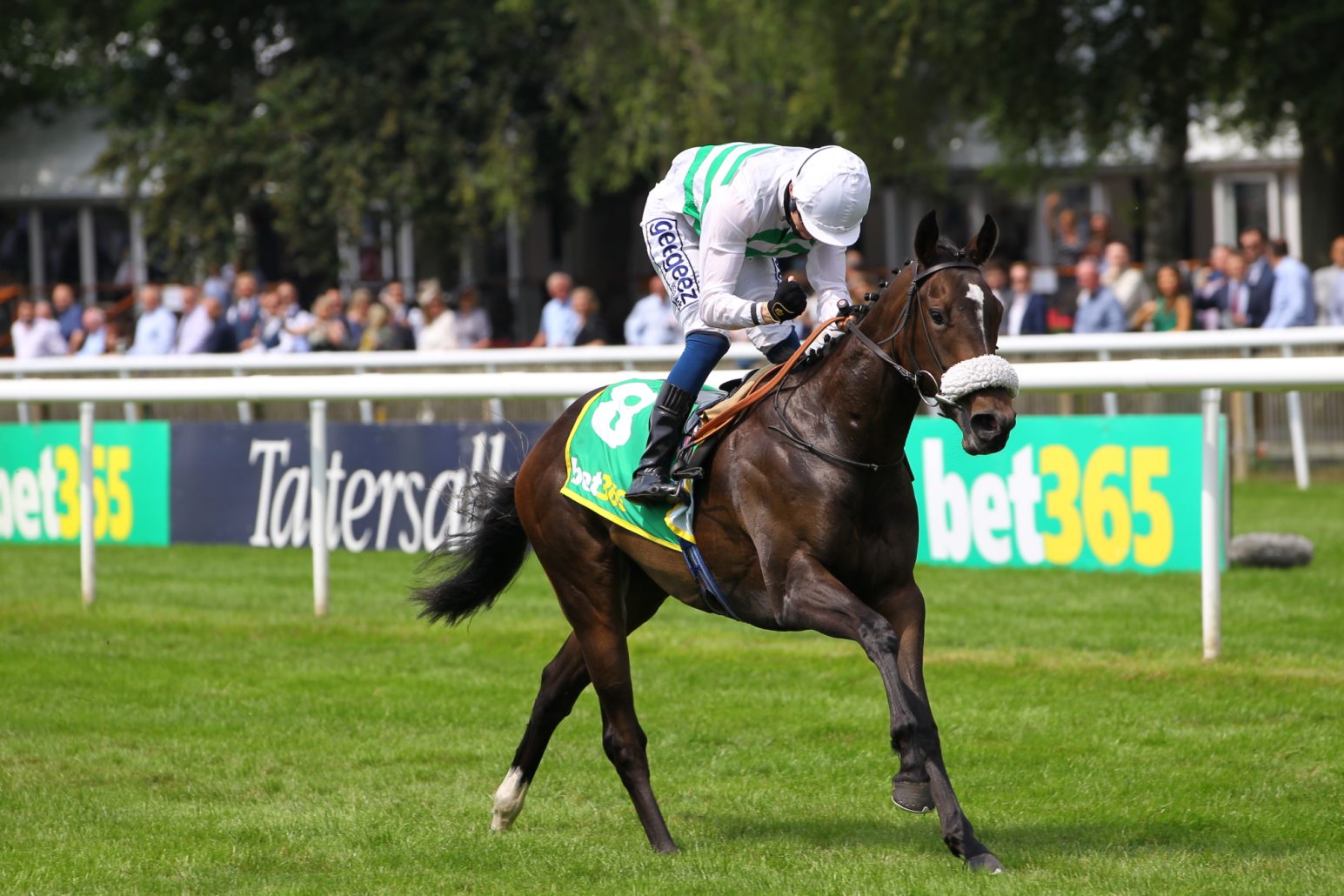 Kirsten Rausing, whose Lanwades Stud has enjoyed copious success so far in 2021, continued to celebrate this afternoon as homebred SANDRINE (GB) landed the Group 2 Duchess of Cambridge Stakes on the July Course at Newmarket.

The two-year-old led for the final two furlongs to take the victory ahead of DESERT DREAM (GB), eventual second, and HELLO YOU, eventual third, for trainer Andrew Balding. Steered home by David Probert, the feat represented a third win for the filly, who remains unbeaten in all of her starts, and a tenth Lanwades-bred or raised Stakes success this year.

Sandrine’s previous triumph came in the Group 3 Albany Stakes, securing a first victory at the Royal Meeting for her owner-breeder with only her second runner there.

The daughter of Lanwades stallion and Grade 1 Breeders’ Cup Turf Sprint winner BOBBY’S KITTEN is out of the PIVOTAL (GB) mare SEYCHELLOISE (GB) and was retained to race in the Rausing silks while her dual winning half-brother SEA THE SHELLS (GB) was sold to trainer Mark Johnston for 40,000 guineas at the Tattersalls Book 1 Yearling Sale in 2019.

“It is absolutely thrilling to both myself and the many people at the stud, so we are delighted.

“It is such a team effort at Lanwades, St Simon in Newmarket and Staffordstown in Ireland, and, obviously, an enormous performance by Andrew Balding, David Probert who has ridden her in all her of her three races, and Kathleen Maher who looks after her.”

“With this particular filly, I have been working with her family for many years. I purchased her fifth dam, Sushila, as a yearling in 1976 and, so, the family has been with me since then. On Sandrine’s catalogue page, her pedigree, every single name on the entire page is bred at Lanwades.

“He [Bobby’s Kitten] is the winner of the Breeders’ Cup Sprint, when he beat, amongst others, No Nay Never and Caspar Netscher.

“He was a specialist miler but he could also sprint, and the time he won the Breeders’ Cup Sprint was the only time that he went that short distance, 6 ½ furlongs – 1300 metres – at Santa Anita, but all his other races were actually further than that, even as a two-year-old, which is quite interesting.”

Looking ahead to Sandrine’s next target, Rausing said:

“We will aim at a Group 1 because she is now the highest rated two-year-old filly in England and Ireland, but we will just relish these two wins, at Ascot and here, first.

“This is not a normal year so, most likely, we will stay at home and aim for the Cheveley Park Stakes, but whether we run her again before that or give her a bit of a break is something we need to ponder in the next couple of weeks.”