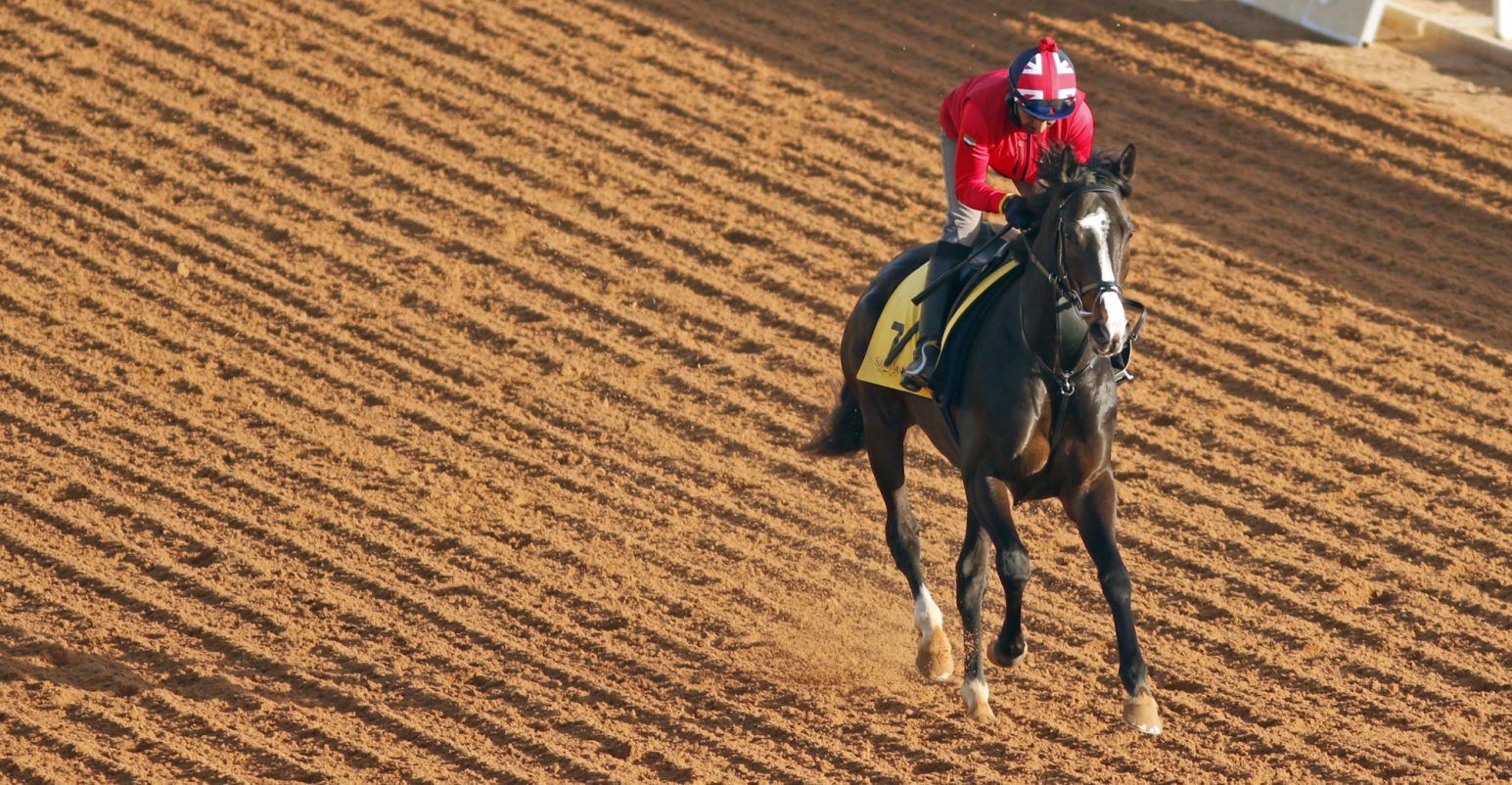 Last year’s Group 1 Coronation Cup winner PYLEDRIVER (GB) will bid to get Team British Racing off to a perfect start on Saudi Cup day on Saturday when lining up in the opening contest, the Group 3 Neom Turf Cup.

In what is due to be a truly international affair, Pyledriver will face 13 rivals including a further three British contenders. Also in the field is EBAIYRA, who finished third behind Pyledriver in Hong Kong, and fancied Japanese runner AUTHORITY, who carries the same silks that beat Pyledriver to the post in that Sha Tin contest.

“The horse is bang on. Jeta, who rides him at home every single day, is delighted with him. He’s eating fantastically this time, so that’s good. He said he’s like a raging bull now. Martin rode him on the grass and thought he felt fantastic, right where we want him to be.”

Commenting on his challenging outside draw, Muir continued:

“We don’t have a great draw, so we’ve just got to see what happens. I think we start two furlongs off the bend, which is the hardest thing. We’ll jump and see if we can get a position and that’s all we can do really.

“The only thing with this horse, he’s not tied to one way of riding. In the Coronation last year, we rode him handy to the pace, and then the year before when he won at Royal Ascot and at York he was coming from the back, so he’s very uncomplicated.

“There’s a few horses that go forward drawn just inside of him, so there could be quite a lot of pace on. Pace is not a problem. The faster they go, the more it might stretch the field out and let us get into a nice even rhythm wherever we want to be. As long as we don’t do something stupid by saying we’ll bounce out and try and undo the draw, because you’d end up doing too much early and then running the race the wrong way round.

“There’s no point saying well we can’t do it, because we can do it and we’ll do our best.”

Unfortunately for Muir, he will be watching on from afar with the rest of the Linkslade Stables team, after a positive Covid-19 test earlier this week thwarted his plans to join the horse in the Middle East.

“I was just putting my cases in the car and my PCR test came back positive. The other lad who looks after him, Babu, I took him for his PCR test, and he was distraught because his came back positive too. Jeta is out there on his own. He didn’t even take his holidays, he stayed all winter to ride him, so he’s a star boy.”

Muir is thankful for the fact that there has been an abundance of team spirit in Saudi Arabia, with Jeta receiving plenty of support from the other British yards.

“I sent Martin quite early to help him and there’s a lot of other lads I would know from racing over here like Charlie Hills’ travelling head lad, the lads from Newmarket I know, they’re all helping us out. It’s a great sport for people helping each other out.”