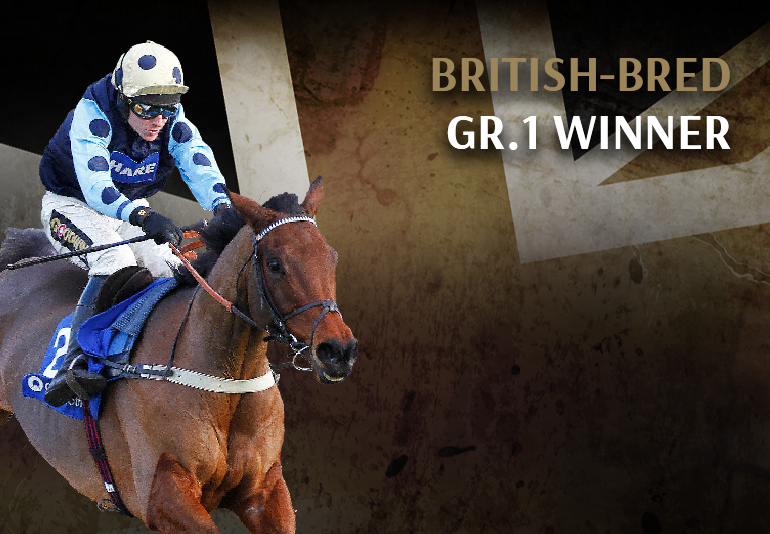 The seven-year-old, representing Alan King’s stable, led from the penultimate fence, finishing 16 lengths ahead of the Colin Tizzard-trained WAR LORD, while Grade 2 winner THIRD TIME LUCKI clinched third for Dan Skelton. This was a second consecutive victory for the gelding, who claimed a Novice Chase at Warwick Racecourse last month, having been brought down on his season debut at the same track two weeks prior.

Edwardstone was bred by his Norfolk-based owners Robert Abrey and Ian Thurtle, out of the Point-to-Point winner NOTHINGTOLOOSE, who Abrey purchased at the Spring Horses-in-Training Sale at Doncaster in 2009 for £22,000.

“He won very well. I saw him run at Warwick last time and he jumped and ran exceptionally well there too. He wasn’t particularly tested last time but he looked like he was shaping up to suiting fences.

“He was very unlucky the time before but he is learning all the time, and I think he will come out a better horse after today. He was clearly a very good hurdler as well but it looks as though his best is yet to come.”

Kayf Tara, 11-time Champion National Hunt Stallion, has been in Overbury’s care since 2000. The 27-year-old was stood down from stud in June 2020 and, as only a finite number of his progeny on the track remain, top-level successes such as this are just as significant for his connections:

“It is very exciting. We have done all that work over the years and while he is not covering mares now, it still means an awful lot to us that his horses are running well and winning races like this. I hope that we will have a few more years of pleasure watching his stock running on a Saturday afternoon.

“At the moment, his routine looks exactly as it did before he retired. He goes out during the day and is in overnight. He’s treated like a Lord, has a very good life and is still in great health. He is not covering mares during the season but he is in the same paddock and stable; people still want to come and see him!

“He has done us proud, so I hope that we can give him a few more years of happy retirement.”

“They (Robert Abrey and Ian Thurtle) have been coming here for a few years. They, and their families, are very enthusiastic breeders. They are absolutely steeped in it, they love it and they know a lot about it.”