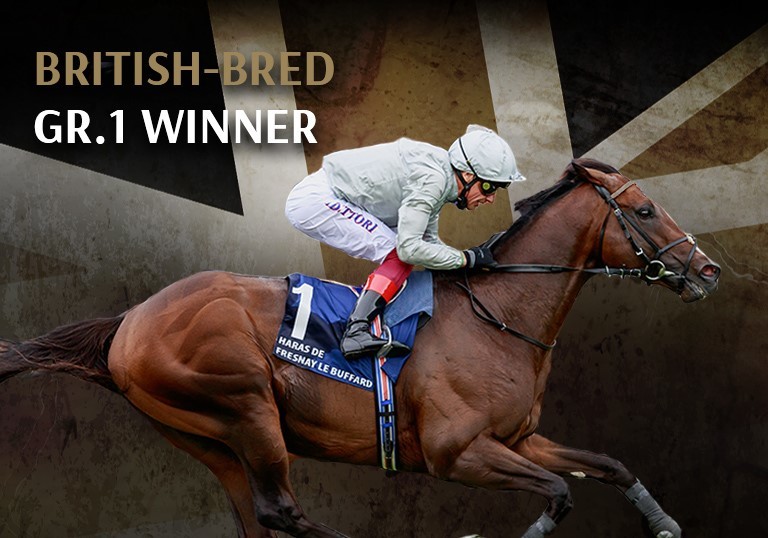 PALACE PIER (GB) saw off a persistent challenge from POETIC FLARE in the Group 1 Prix Jacques Le Marois at Deauville on Sunday afternoon, successfully defending his title in the race for a second consecutive victory. It was 24 years ago that a horse last won back-to-back renewals of the Marois.

It has not been a straightforward summer for the world's highest rated miler and his co-trainers John and Thady Gosden. He missed the Group 1 Sussex Stakes because of a blood disorder, and had had a far from ideal preparation for this Deauville assignment.

Gosden senior commented after the race:

"I’ve run a horse who is only on 80 per cent... His class got the jockey and me through but full marks to him. He was just tiring towards those last few strides, but that’s because he was ill and he missed quite a lot of time that you can’t afford to lose coming into a Group 1.”

Meanwhile, Frankie Dettori described Palace Pier as “the best miler of my career”.

Palace Pier is the highest-rated son of Juddmonte's exceptional young sire KINGMAN (GB), who stood for a fee of £150,000 in 2021. The four-year-old colt was bred by Highclere Stud and the late Guy Innes-Ker, 10th Duke of Roxburghe's Floors Farming, and was bought by John Gosden on behalf of owner Sheikh Hamdan bin Mohammed Al Maktoum from the Highclere draft for 600,000 guineas from Tattersalls October Yearling Sale Book 1 in 2018.