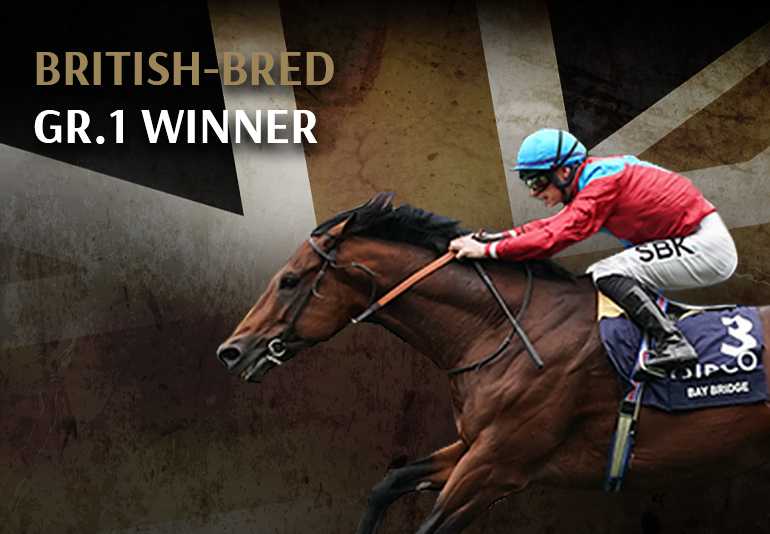 BAAEED (GB) was unable to round out his sparkling career with a win in the Group 1 QIPCO Champion Stakes at Ascot Racecourse on QIPCO British Champions Day, and it was instead BAY BRIDGE (GB) who took the honours, holding off a persistent ADAYAR through the final stages of the 1 mile 2 furlong contest.

In doing so, Bay Bridge capped a memorable season for trainer Sir Michael Stoute, who also hit headlines back in June when winning the Group 1 Derby with DESERT CROWN (GB).

Speaking with GBRI after the race, Wigan reflected:

“He has always been a very nice horse. A lovely natured horse and always incredibly handsome.

“At Sandown we realised he was a good horse. Ryan said ‘you’ve got something special here’. Then he got a little injury in the Eclipse and so he’s had to have time off.