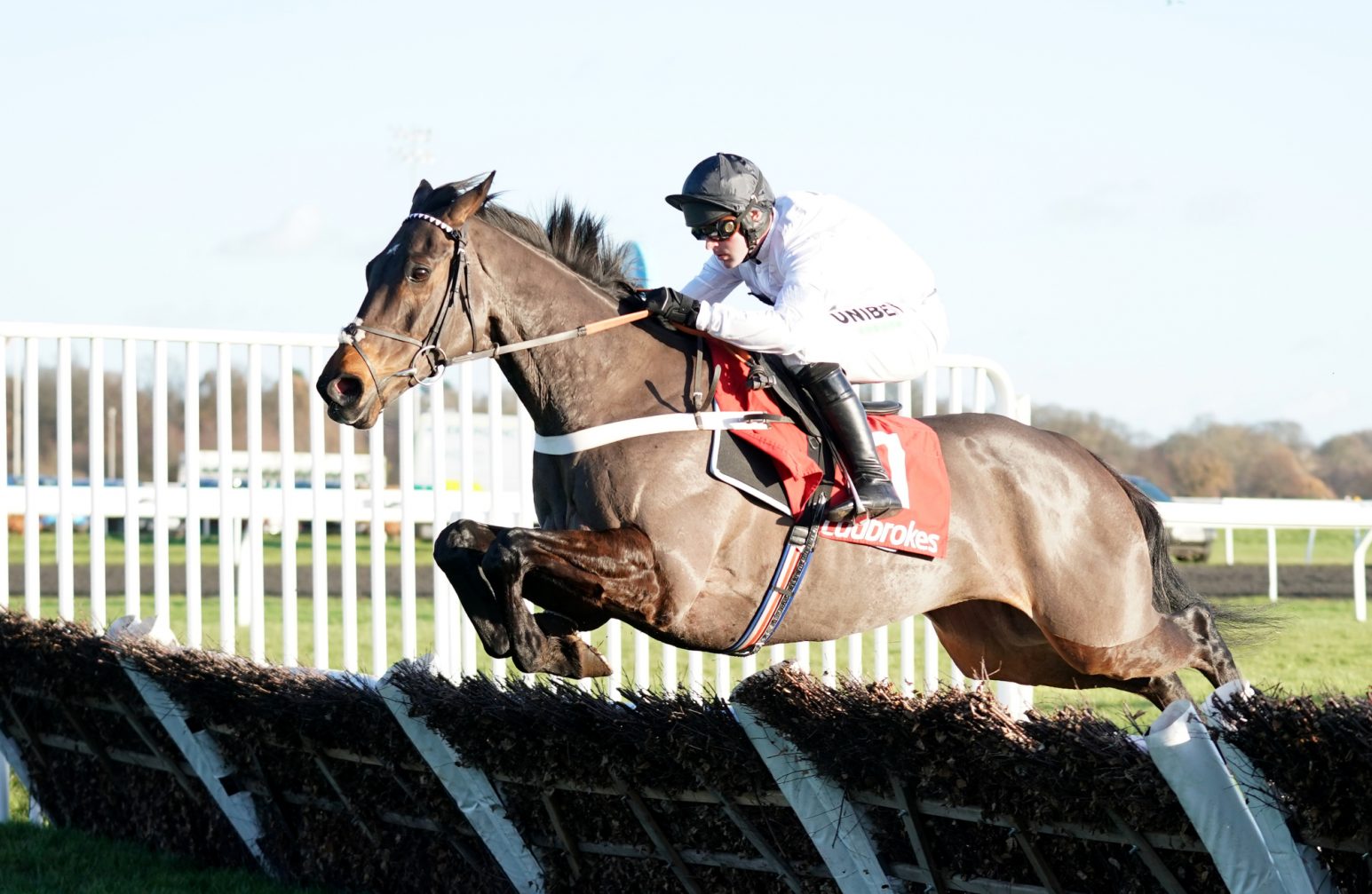 The British National Hunt breeding industry, and specifically Overbury Stud, had cause to cheer on Boxing Day as CONSTITUTION HILL (GB) (pictured) and THYME HILL (GB) skipped clear of rivals in their respective Grade 1 races in front of a jubilant Kempton Park Racecourse crowd.

Constitution Hill’s reputation as one of the most exciting National Hunt horses of recent years is well established, and the Seven Barrows inmate did nothing but further fuel fans’ exaltations on Monday as he made light work of the Gr.1 Christmas Hurdle.

Sent off the 1/7 favourite, Michael Buckley’s gelding, who was bred in Belbroughton, Worcestershire, by Sally Noott and bought by trainer Nicky Henderson for £120,000 at the Goffs UK Spring Horses in Training Sale, travelled in characteristically smooth style throughout under Nico de Boinville. By the wire, a cool 17 lengths separated the winner and the race’s defending champion, stablemate Epatante, taking the total distance by which Constitution Hill has beaten his rivals in his five career starts thus far to a remarkable 77 lengths.

Constitution Hill’s dam, QUEEN OF THE STAGE, now resides at Overbury Stud, having been purchased in foal to Constitution Hill’s full sibling for £340,000 by Jayne McGivern’s Dash Grange Stud in the Goffs Online sale in May of this year.

McGivern is also responsible for supplying Overbury Stud with a new resident stallion in recent months in the shape of GOLDEN HORN (GB). The former Darley sire certainly has big boots to fill, with the stud’s flagship sire KAYF TARA (GB) having died at the age of 28 in early December.

The bloodstock industry was given cause to pause and remember 11-time British champion National Hunt sire Kayf Tara on Boxing Day when, earlier in the afternoon at Kempton Park, Thyme Hill brought up a third career Grade 1 success and a first over the larger obstacles in the Kauto Star Novices’ Chase.

Travelling quietly in the rear of the pack of five runners for the majority of the 3 mile contest, the Philip Hobbs trained gelding, who himself started life at Overbury Stud, skipped clear of MCFABULOUS in the closing stages, turning the tables on Paul Nicholls’ representative who triumphed when the pair last met at Newbury Racecourse.

“I thought it was a brilliant performance and an excellent bit of training. Newbury was disappointing but today I thought Thyme Hill was exceptional.

“And Constitution Hill’s dam is here too – it was an exciting 40 minutes!”