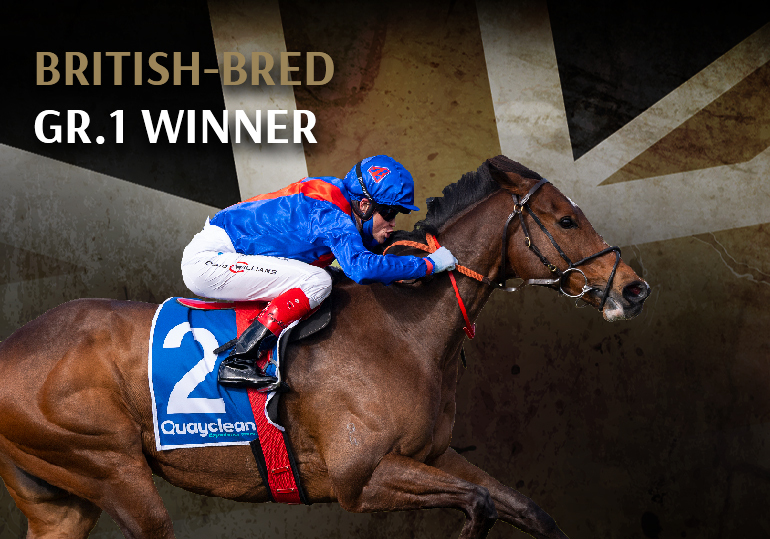 ZAAKI (GB) added a second Group 1 success overnight in the Underwood Stakes at Sandown to extend his unbeaten run in Australia to five.

Bred by Miss Kirsten Rausing at her Lanwades Stud near Newmarket, Zaaki was bought at the Tattersalls Autumn Horses In Training Sale 2020 by Stuart Boman of Blandford Bloodstock on behalf of British‐born trainer Annabel Neasham.

Twice a Group 3 winner in England for Sir Michael Stoute, the six‐year‐old gelding by the late Lanwades’ stallion LEROIDESANIMAUX, sire of Kentucky Derby winner ANIMAL KINGDOM, has raced seven times in Australia and won five of those contests, all at Group level.

His first Group 1 triumph came in May with victory over a top‐class international field in the Doomben Cup, and he has only once finished out of the first two since he moved Down Under.

Zaaki is out of the SADLER’S WELLS mare KESARA (GB) who was also bred by Miss Rausing and won two races. Kesara has produced six individual winners including KIRKS RYKER (GB), a multiple winner and Listed‐placed performer in Singapore.

The family is strongly represented in the Lanwades’ broodmare band with three of Zaaki’s half‐sisters joining their dam on the farm. Kesara has a yearling filly by Lanwades’ BOBBY’S KITTEN named ZAAKARA (GB) and was covered by STUDY OF MAN this year.

“Zaaki was purchased at the Tattersalls Autumn Horses In Training Sale in 2020 and is evidence that the sale presents not only the largest group of horses-in-training but some of the best and best-valued horses that can be purchased.

“To have selected a horse that has gone on to such great success is very satisfying.

“Tattersalls should be applauded for constantly assembling such a diverse and high-quality group of horses. I look forward to working the sale at the end of October.”