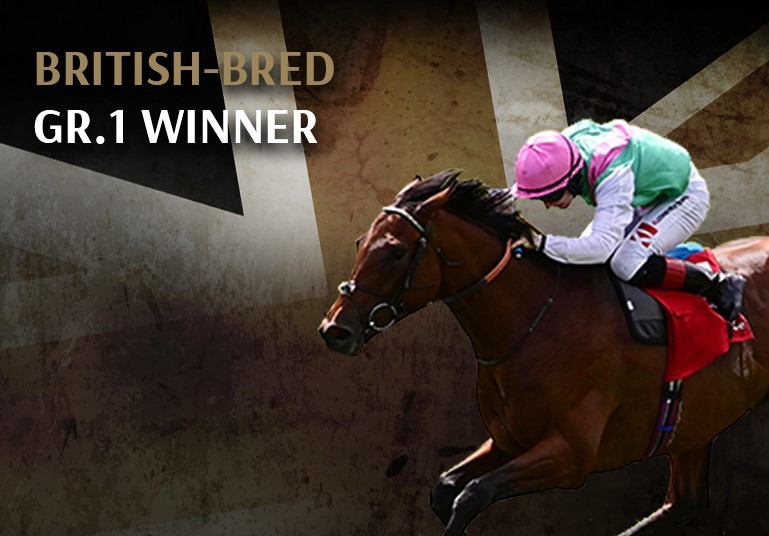 WESTOVER (GB) franked the Epsom Derby form and gave his sire, FRANKEL (GB), a third Group 1 victory within the last nine days when storming home seven lengths clear of his nearest rival in the €1 million Dubai Duty Free Irish Derby over a mile and a half at The Curragh Racecourse in County Kildare, Ireland, on Saturday.

Denied a clear passage in the home straight before flashing home to almost grab second, under three lengths behind the winner, DESERT CROWN (GB), at Epsom, the Ralph Beckett‐trained Westover left nothing to chance this time.

Ridden by Colin Keane, he was soon slipstreaming the front‐running FRENCH CLAIM and, having moved into the lead with just over two furlongs to run, drew right away to score in emphatic fashion with PIZ BADILE a distant second and French Claim holding on for third ahead of the Epsom Oaks heroine, TUESDAY.

He thus became the 30th homebred Classic winner to be produced by the late Prince Khalid Abdullah’s Juddmonte Farms operation and their second homebred winner of the race following on from COMMANDER IN CHIEF’s (GB) success back in 1993.

He also became the fourth different three‐year‐old Group 1 winner of the season for Banstead Manor Stud’s super sire, Frankel, following on from the Irish 1,000 Guineas triumph of HOMELESS SONGS in May, and in the last week or so, the Coronation Stakes victory of INSPIRAL (GB) and the Prix de Diane triumph of NASHWA (GB).

Simon Mockridge, General Manager of Juddmonte Farms UK, spoke to GBRI after the race on Saturday afternoon. He reflected:

“It was a scintillating performance by Westover, super impressive, and I know that Prince Khalid’s family are ecstatic to have their first Classic win since he passed away early last year.

“Westover is from an amazing family which goes back to our Prix de Diane winner, NEBRASKA TORNADO, and is testament to Prince Khalid’s 34 years of breeding expertise. The pedigree tells us that he should have an awful lot of speed, so don’t be surprised if he comes back in distance – he looked like he could have won easily if today’s race had been over ten furlongs.

“Although we were very happy for him to finish in the first three at Epsom, when you watch the race back and see the job Rob Hornby had to do to extricate him, he did finish remarkably strongly. Even so, no one could have expected him to win in the style that he has today.

“He was a very big foal, weighing 154 pounds, so Ralph [Beckett] did an incredible job to get him to race as often as he did last year. Sadly, we lost his mother, MIRABILIS, last year at the age of nineteen because of a nasty foot problem, but she had one more foal, an EXPERT EYE (GB) now two-year‐old filly called JALAPA (GB), who is with Ralph but has yet to see a racecourse.”

“Frankel has just been an absolute delight to have anything to do with. He was a truly great racehorse and he has made a phenomenal start to his stallion career.

“He is covering 180 mares per season at the moment, which is to be expected from a stallion who can now boast over 50 individual Group winners, including 23 at Group 1 level and nine Classic winners.”