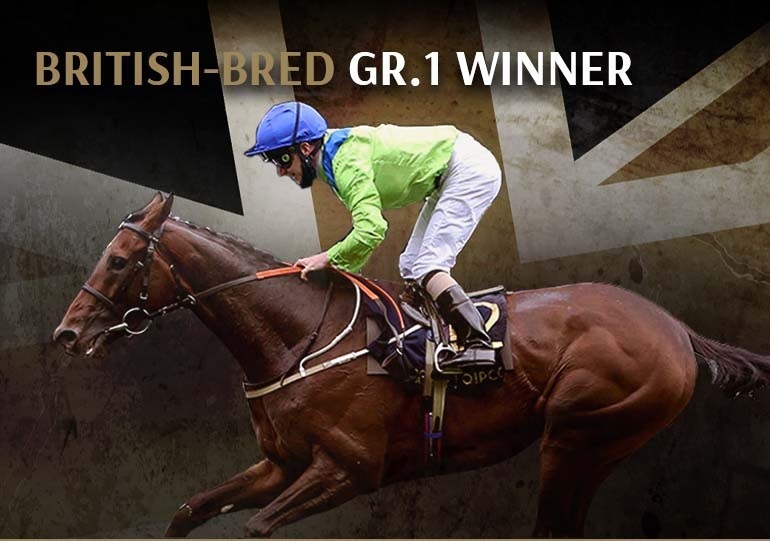 SUBJECTIVIST (GB) confirmed himself a top-notch stayer to rank alongside the greats guided by his trainer Mark Johnston on Thursday, with an impressive triumph in the Group 1 Gold Cup, the jewel in the crown of Royal Ascot.

The son of Darley sire TEOFILO was sent into the lead four furlongs from home by jockey Joe Fanning and there was just no catching the four-year-old colt despite the best efforts of PRINCESS ZOE and SPANISH MISSION. Favourite STRADIVARIUS did his best work at the end of the marathon contest but failed in his bid to join YEATS as a four-time winner of the Gold Cup.

Subjectivist is owned by Dr Jim Walker and was victorious for the second time at the highest level following his success in the Group 1 Prix Royal-Oak last October. Bred by Susan Hearn’s Mascalls Stud in Essex, he also won the Group 2 Dubai Gold Cup at Meydan on Dubai World Cup night in March.

He is the third foal out of RECKONING a daughter of DANEHILL DANCER who was placed in three Listed contests during her successful racing career. Reckoning is from the family of Group 1 winners SHOLOKHOV, SOLDIER OF FORTUNE, INTENSE FOCUS and SKITTER SCATTER. Hearn bought Reckoning for 160,000gns at Tattersalls December Mare Sale in 2014, in foal to Royal Ascot winner DAWN APPROACH, the sire of Tuesday’s Group 1 St James’s Palace Stakes winner POETIC FLARE.

SIR RON PRIESTLEY (GB), a five-year-old AUSTRALIA (GB) half-brother to Subjectivist, was the first foal bred by Hearn herself out of Reckoning and he won the Group 2 Jockey Club Stakes at Newmarket last month. He, too, is trained by Mark Johnston and was third in the 2019 Group 1 St Leger to LOGICIAN (GB). Owned by Paul Dean, Sir Ron Priestley runs in Saturday’s Group 2 Hardwicke Stakes on the final day of the 2021 Royal Meeting.

The mare is also represented by her three-year-old MUHAARAR (GB) filly ALBA ROSE (GB) who is owned and trained by the Gold Cup winning combination of Walker and Johnston. Third in the Group 2 Rockfel Stakes last season, she could add further lustre to the family’s already sparkling season as she holds an entry in the Group 1 Irish Oaks next month.

Reckoning has a two-year-old filly from the first crop of Cheveley Park Stud’s Group 1 winner ULYSSES (GB) who Hearn bought back at 140,000gns at the Tattersalls October Yearling Sale Book 2 and she has joined her older half siblings at Kingsley Park in Middleham. Her yearling is a colt from the only crop of ROARING LION, and he is set for a date with the sales ring later this year.

Barry Hearn, husband of Subjectivist’s breeder Susan, was fulsome in his praise for his wife and her perseverance and dedication to breeding top class racehorses at their Essex stud. Following the victory, Hearn told ITV Racing:

“She’s been trying for over thirty years and there’s an enormous amount of work that goes into it, people don’t see what goes on behind the scenes; getting up late at night, the early mornings, the disaster here and there but still sticking to it. To have the character to stand your ground and say, ‘I love this business, I love the horses I breed,’ is fantastic.

“She has the mare called Reckoning that is throwing winner after winner – Sir Ron (Priestley) runs on Saturday, Alba Rose is coming out very soon and we have the two-year-old with Mark Johnston. Susan has had the nerve to stick with a very tough game and days like today make it worthwhile. I am very proud of her.”

His delighted wife was thrilled with Subjectivist’s performance.

“That was so exciting, I just can’t believe it,” she remarked.