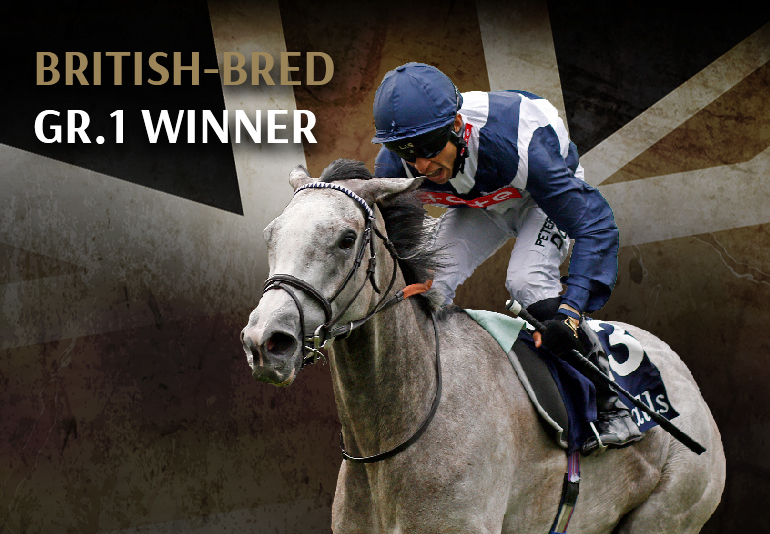 SKY LANTERN, who delivered Simon and Ben Keswick of Rockcliffe Stud their first of many Group 1 successes as owners, today made them Group 1-winning breeders as daughter SNOW LANTERN (GB) landed the Falmouth Stakes on the July Course at Newmarket this afternoon, a race that she, herself, finished second in, in 2013.

Ridden by Sean Levey and trained, like her dam, by Richard Hannon, Snow Lantern ran on in the final furlong to clinch victory from Group 1 1,000 Guineas winner MOTHER EARTH, eventual runner-up, and this year’s Group 1 Coronation Stakes heroine, ALCOHOL FREE, who finished one and a half lengths in front of Snow Lantern in that contest, eventual third.

The three-year-old, by Juddmonte stallion FRANKEL (GB), who stands at Banstead Manor Stud for £175,000, is the third winner from as many runners out of Sky Lantern, whose racing career generated four Group 1 triumphs, including in the 1,000 Guineas, Coronation Stakes and Sun Chariot Stakes at three.

Ed Sackville of Sackville-Donald, who assisted the Keswicks in the purchase of their first mares at Rockcliffe Stud, told GBRI:

“I am overwhelmed. It is their [Rockcliffe Stud] first Group 1 winner as breeders. It’s been a long journey but breeding racehorses doesn’t happen overnight and I think that it is fantastic that this is a homebred Group 1 winner by, arguably, the most exciting stallion in the world right now, a British-based stallion, for British-based breeders. It is just a huge thrill to be able to enjoy success at the very top level. It is the reason we do it.

Sackville, who has worked with the Keswicks for several years, continued:

“I was at school with Ben’s [Keswick] younger brother who had zero interest in racing, but luckily his elder brother did! I think he wanted to work with someone of a similar age – that was 12 years ago and we thought we were young then – we certainly aren’t now, today’s result has added an extra few years!

“We originally bought proven mares and switched to yearlings instead which worked really well. We thought that we would buy yearlings and try to create the mares ourselves. It’s what we did with her [Sky Lantern] and she has turned out to be a star beyond all expectations.

“I am a minor part in a very big jigsaw, and the most important people are the owner-breeders. They pay the bills and spend the money on the nominations, and sending their mares to these top-class stallions.”

“We [Sackville-Donald] had three runners in the race; I didn’t know where to look, the whole race was a blur. She showed a great attitude, a toughness and the desire to win that her mother always showed.

“We felt that we were, arguably, a little unlucky in the Coronation but the most important thing was that, today, we beat very good horses in the race.”

Sky Lantern is also responsible for GENTILE BELLINI (GB) and NOONDAY GUN (GB), both by Darley Stallions sire DUBAWI. The former was knocked down to M V Magnier for 2,000,000 guineas at the Tattersalls October Book 1 Yearling Sale in 2017, while the latter was retained at 625,000 guineas at the same sale one year later.

“Gentille Bellini looked like a very progressive horse but he had an injury and never really recovered from that. Noonday Gun didn’t make his reserve and we kept him. He is a very tough, consistent horse and, while he doesn’t quite have the same level of ability as his half-sister, he certainly has one thing in common with her which is that he tries unbelievably hard. That is half the battle.”

Sky Lantern has a yearling son and a colt foal, both by KINGMAN (GB), and is carrying again to Frankel.