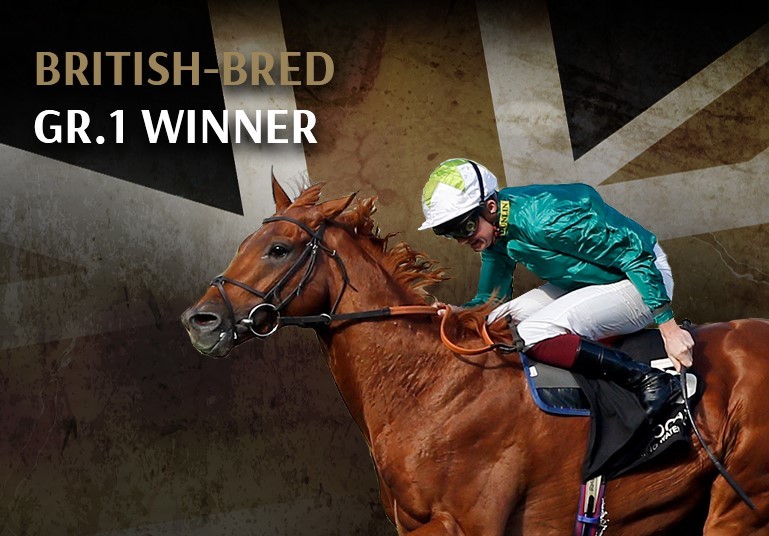 SCOPE built upon an impressive winning performance at Listed level last time out to take the Group 1 Prix Royal-Oak at ParisLongchamp on Sunday afternoon for owner-breeder Julian Richmond-Watson and red-hot trainer Ralph Beckett.

Starting what was just the seventh race of his career, the Thoroughbred Breeders Association chairman’s homebred three-year-old colt, from Richmond-Watson’s treasured Lawn Stud family, raced kindly through the race before digging deep in the final two furlongs to get the better of Group 2 winner and eventual runner-up SKAZINO.

Scope is out of LOOK SO (GB), a half-sister to Richmond-Watson’s homebred Classic winner LOOK HERE (GB). Look So, also trained by Beckett, won four races for Richmond-Watson. Now 17-years-old, the mare has been an admirable servant for Lawn Stud, producing three Stakes winners from seven foals to race thus far. A maiden Group 1 success for Scope makes the colt her most high-profile progeny yet, and the most high-achieving performer from the family since Look Here.

Speaking with GBRI on Sunday afternoon, a delighted Richmond-Watson reflected on how Scope has exceeded his expectations with a win at the top-level:

“He did beat Mojo Star in his maiden, so I always knew he was above average, but we had a difficult run in the St Leger. It’s very exciting to win a Group 1, I thought he was more like a Group 3 horse.”

When asked about the mare, Richmond-Watson commented:

“The mare’s done me absolutely brilliantly, that’s her third black type winner, she’s been very consistent. She has a NIGHT OF THUNDER foal, so we’re looking forward to that.

“She’s not in foal this year, she foaled late and I didn’t get her in foal. I’ve now got to decide where I’m going to send her next, which is quite an interesting problem, because she deserves to have something a bit special.”

On the success that Lawn Stud has enjoyed in 2021, Richmond-Watson continued:

“We have a small stud of six mares, and about four yearlings go into training every year. Everyone forgets I owned and bred KINROSS (GB) and he’s won a Group 3 and a Group 2 this year. So we’ve had two Group winners this year from very small numbers, so we’re very lucky.”

“I’ll certainly keep him in training.”

Sunday’s result also represented another feather in Ralph Beckett’s cap. The Kimpton Down-based trainer has enjoyed a magnificent weekend across the English Channel, having also saddled ANGEL BLEU to win a second Group 1 this month in the Criterium International at Saint-Cloud on Saturday.

James Ferguson’s first career Group 1 success with EL BODEGON in the Criterium de Saint-Cloud on the same afternoon meant that British trainers staged a clean sweep of the weekend’s top-flight contests in France.