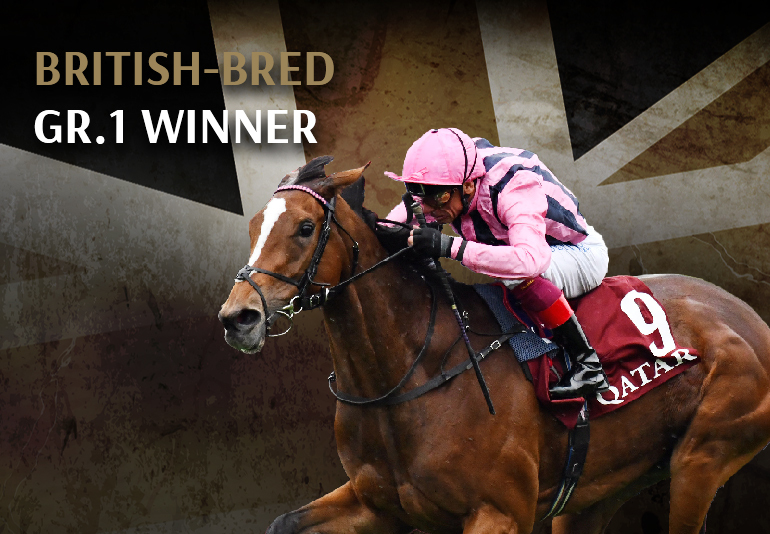 John and Thady Gosden’s representative narrowly got the better of the Roger Varian-trained BELIEVE IN LOVE, making it a one-two for trainers based on Newmarket’s Bury Road. The result contributed to what has been a faultless start for British trainers in Group contests on Prix de l’Arc de Triomphe weekend. It is the second time that the Gosden stable has sent out the Prix de Royallieu winner in three years, after Classic winning filly ANAPURNA (GB) triumphed in 2019.

Loving Dream, who remains lightly raced, is out of Listed winner and Group 1 placed KISSABLE. The daughter of DANEHILL DANCER was purchased by Kern/Lillingston on behalf of Lordship Stud for 180,000 guineas at the 2013 Tattersalls December Mare Sale. She is now the producer of five winners from five runners to date, including the Santa Anita Stakes winner and Grade 1 American Oaks third AMANDINE (GB).

Loving Dream’s Group 1 win represents a significant update for Kissable’s colt foal by CAMELOT (GB), who will be offered as Lot 664 in the opening session of Tattersalls October Yearling Sale Book 2 on 11th October. As a full-brother to promising unbeaten two-year-old FIVE STARS (GB), the colt already looked set to generate considerable interest but has had his profile boosted further by Loving Dream’s exploits in Paris.

Kissable’s four-year-old gelding, SPANISH KISS (GB), meanwhile, will be offered by Kennet Valley Thoroughbreds at the 2021 renewal of the Tattersalls Autumn Horses in Training Sale at the end of the month. With three wins under his belt this season over distances ranging from 1 mile 4 furlongs to 2 miles and half a furlong, the gelding, catalogued as Lot 595, will surely be popular with the sale’s international buying bench.

Loving Dream will return to Lordship Stud to join her dam in a select broodmare band once her racing career ends.