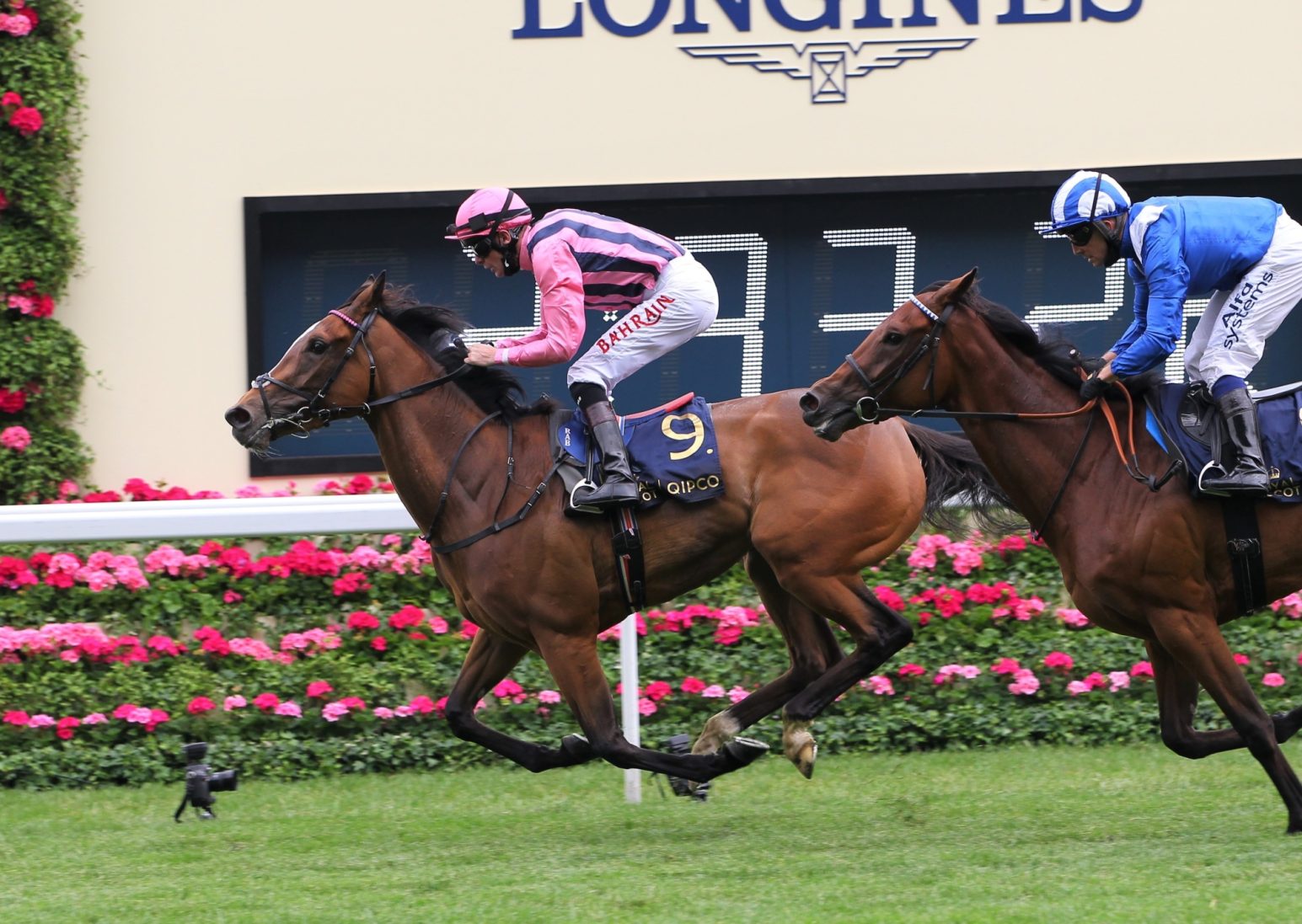 LOVING DREAM (GB) fulfilled a dream for her owners and breeders Trevor and Libby Harris on Thursday, becoming the first homebred Royal Ascot winner for their renowned Lordship Stud with her tenacious triumph in the Group 2 Ribblesdale Stakes in the hands of Robert Havlin.

Loving Dream was one of the least experienced fillies to line up for the race with just four previous starts to her name. However, that proved to be no hindrance to the three-year-old, who repelled ESHAADA (GB) by three-parts of a length.

A delighted Libby Harris was quick to praise Havlin, who steered the lightly-raced filly to victory from an unpromising draw in stall 12.

“It was an absolutely amazing ride, from that draw it was unbelievable and to have a homebred filly win at Royal Ascot for everyone at the stud and all their tireless work is wonderful,” she remarked.

“We’ve never had a homebred Royal Ascot winner before. It has taken a long time to come so this is a very, very special moment. It really is. It was unbelievable really, the way she battled on, galloped, always quickened when the other horse came to her, she was so game and genuine, it’s just fantastic to see that.”

Trevor Harris admitted that the victory was an unexpected one: “We thought if we nicked third, we would be very pleased to be honest, so we are a little surprised. It’s great for the staff at the stud who are all watching at home and probably ecstatic.”

Trained by the father and son combination of John and Thady Gosden, for whom she was a fourth winner of the 2021 Royal meeting, Loving Dream is a daughter of Listed winner KISSABLE who was third in the Group 1 Moyglare Stud Stakes at two. The daughter of DANEHILL DANCER was purchased by Kern/Lillingston on behalf of Lordship Stud for 180,000gns at the 2013 Tattersalls December Mare Sale.

That decision to add Kissable to the Lordship Stud broodmare band has paid off handsomely as she is the dam of four winners from four runners to date, including the Santa Anita Stakes winner and Grade 1 American Oaks third AMANDINE (GB).

Loving Dream will return to Lordship Stud to join her dam in a select broodmare band once her racing career comes to a close. Kissable has a two-year-old filly named FIVE STARS (GB) and a colt foal, both by SEA THE STARS, and a yearling colt by CAMELOT (GB).