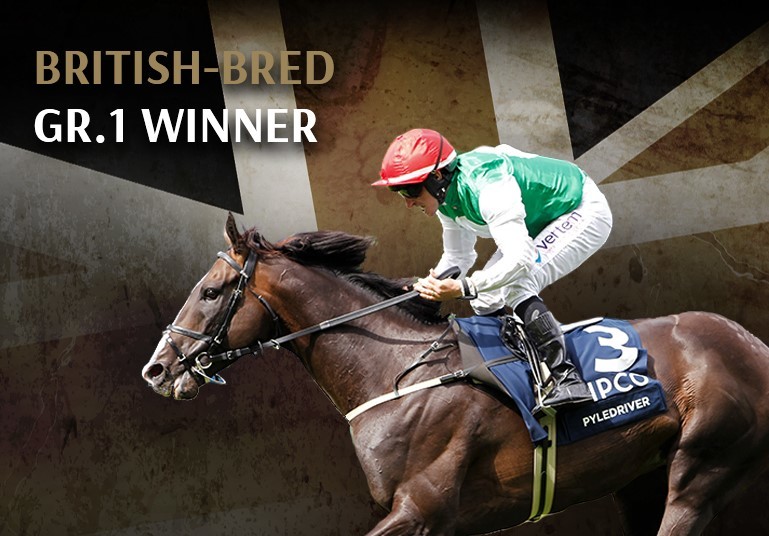 PYLEDRIVER (GB) staged somewhat of an upset in the Group 1 King George VI & Queen Elizabeth QIPCO Stakes at Ascot Racecourse on Saturday afternoon, delivering an immensely popular result in a race that is routinely rated among the best in the world.

Having travelled smoothly throughout under jockey P J McDonald - replacing the injured Martin Dwyer - Pyledriver kicked clear from a high-class field in the straight to triumph by two-and-three-quarter lengths at the line.

The result continues the fairytale story of an unsold foal who has gone on to scale racing’s highest peaks.

Bred by his owners, Huw Leech, Guy Leach and Roger Devlin, from a mare who was initially purchased to go jumps racing but never made the track, Pyledriver was offered at the Tattersalls December Foal Sale but ended up back with his breeders after failing to fetch a bid greater than 10,000 guineas.

Sent into training with William Muir, who has subsequently partnered with co-trainer Chris Grassick, Pyledriver won on his debut at two-years-old over seven furlongs and was also successful in the Listed Ascendant Stakes.

He blossomed at three-years-old, winning the Group 2 King Edward VII Stakes at Royal Ascot and York’s Group 2 Great Voltigeur Stakes before an excellent third in the Group 1 St Leger at Doncaster.

Since then, it's all been Group 1s and globetrotting for Pyledriver.

Having landed the Group 1 Coronation Cup in June of last year, Pyledriver was given a series of overseas assignments and carried the Team British Racing flag in Hong Kong, Saudi Arabia and Dubai. Hong Kong has been confirmed as a target once again in 2022.

Saturday's result confirmed the confidence placed in Pyledriver recently by his co-trainer Muir, who told Sky Sports Racing after the race:

"He's a top horse. I could cry today, that's the first time I've ever wanted to cry in racing, but this is the greatest achievement."