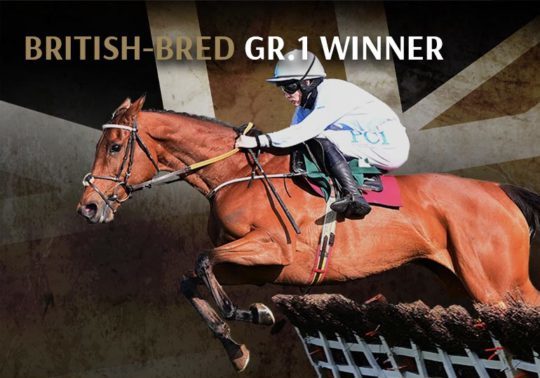 The seven-year-old daughter of SULAMANI settled in midfield as JASON THE MILITANT and GOSHEN ensured a championship pace to the two mile event. Honeysuckle did not jump with her usual fluidity, but it mattered little as she tracked the leading pair on the run to the turn for home and, when Rachael Blackmore pushed the button, she powered clear in breathtaking style. She began to tie up a little on the run to the last, perhaps feeling the effects of a tough season, and she met it on an awkward stride. That gave the chasing SHARJAH a glimmer of hope, but she responded once more to Blackmore’s urgings and ran on again to score by two and a quarter lengths. Sharjah was second, ten lengths clear of EPATANTE in third, filling the same positions as in the Champion Hurdle at Cheltenham.

Bred by Dr Geoffrey Guy and Doug Procter at The Glanvilles Stud, Honeysuckle was a bargain €9,500 purchase at Part II of the Tattersalls Ireland Derby Sale. That price tag escalated to €110,000 at the Goffs Punchestown Sale the following year after winning a point-to-point at Dromahane. Since then she has taken all before her, now winning 12 starts under Rules and seven Grade 1s in a row.

As published in European Bloodstock News.