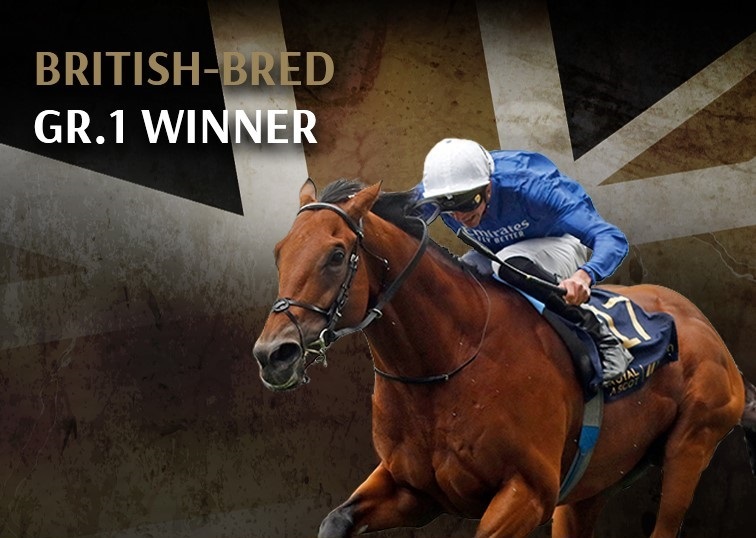 Racing over six furlongs for only the second time in his career, Naval Crown was sent off a relatively unfancied 33-1 shot in what was an ultra-competitive renewal of the final Group 1 of the Royal meeting, with 24 runners taking their chance.

Having broken alertly from the gates, jockey James Doyle was able to keep things simple on the Godolphin second string, making the running on the stands rail. Having left the horses around him for dust before the one-furlong pole, the four-year-old Dubawi colt kicked on in style up the run-in to narrowly head his stablemate, running on the opposite side of the track, on the line.

Naval Crown is the first foal out of Godolphin’s homebred COME ALIVE (GB) to have raced thus far. The daughter of DANSILI (GB), who won the Listed Prix Amandine in 2016, is back in foal to Dubawi this year.

It has been a landmark week for Dubawi. Not only did he secure the title of leading sire at Royal Ascot 2022, with 5 winners to his name, but Lanwades Stud-bred ELDAR ELDAROV (GB) brought up another landmark - 150 Group winners - when winning the Gr.2 Queen’s Vase. Among the other winners was COROEBUS, the Group 1 2,000 Guineas champion who successfully went on to claim the Gr.1 St James’s Palace Stakes on the opening day.