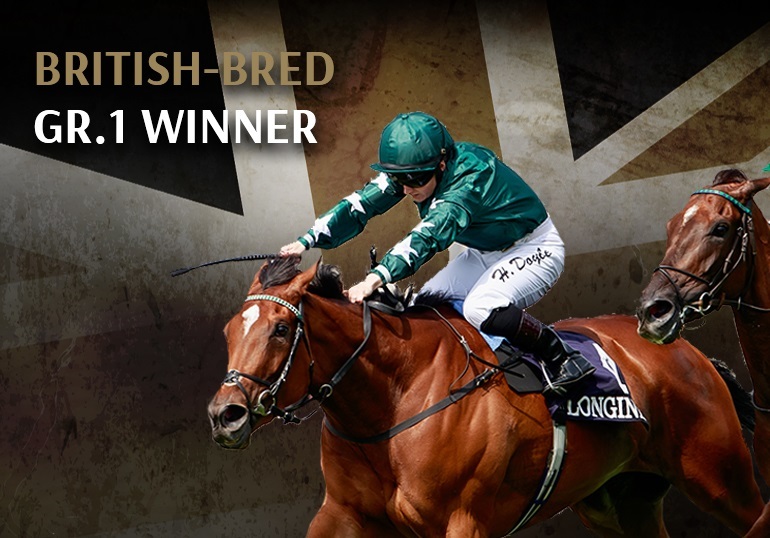 Blue Diamond Stud homebred NASHWA (GB) built upon a fine third-place finish in the Gr.1 Oaks at Epsom earlier this month with a victory in the French equivalent, the Gr.1 Prix de Diane at Chantilly, on Sunday afternoon. The result represents a first homebred Classic success for her Kuwaiti owner-breeder, Imad Al Sagar, today the sole proprietor of Blue Diamond Stud just outside Newmarket.

Al Sagar has tasted Classic success in the past, courtesy of AUTHORIZED winning the Derby and ARAAFA winning the Irish 2,000 Guineas for him and his former co-owner of Blue Diamond Stud, Saleh Al Homaizi, in 2007. Neither horse, however, was bred by the stud, with both of those Classic winners having been acquired as yearlings at Tattersalls.

The Prix de Diane also represents a first Classic win for jockey Hollie Doyle, who judged the pace perfectly on the favourite, ensuring she had enough in the tank to repel the challenge of LA PARISIENNE in the final furlong.

Al Sagar has upwards of 20 horses in training with several British trainers. The majority of these horses are now homebreds, produced from his 40-odd broodmares.

Nashwa, who is in the care of John and Thady Gosden, is out of former Blue Diamond Stud flagbearer PRINCESS LOULOU, a daughter of PIVOTAL (GB) who won the Listed Gillies Fillies’ Stakes at Doncaster in 2015.

Among the young stock Al Sagar can look forward to in the next few years are Princess Loulou’s yearling filly by Blue Diamond Stud’s homebred stallion DECORATED KNIGHT and her colt foal by Royal Ascot 2022 leading sire DUBAWI. The mare is currently carrying a full-brother or sister to Nashwa by FRANKEL (GB).

For Juddmonte Farms’ Champion sire, Sunday’s result represents an 8th Classic winner and 22nd Group 1 winner. Of those Group 1 winners, five have now been out of a Pivotal mare.

Lord Grimthorpe, racing manager to Imad Al Sagar, spoke to GBRI after the race on Sunday afternoon. He reflected:

“This is absolute pure gold as far as Imad and his entire team are concerned, it really is. To raise a filly of that quality and that temperament is really some achievement.

“Anyone who comes into the breeding game aspires to what the French call ‘les grandes épreuves’, and this certainly is right up there with all aspirations for any owner-breeder. To achieve it in such style was really exceptional, coming only 16 days after the Oaks.”

When asked about what the future might hold for Nashwa, Lord Grimthorpe commented:

“She’s versatile, she’s got a really good turn of foot. We’ll have to get her back and see how she is and map out a campaign now for her, probably along the mile and quarter route, but I don’t know. It’ll be interesting to see how she comes out of the race, but it’ll be Group 1s anyway.”