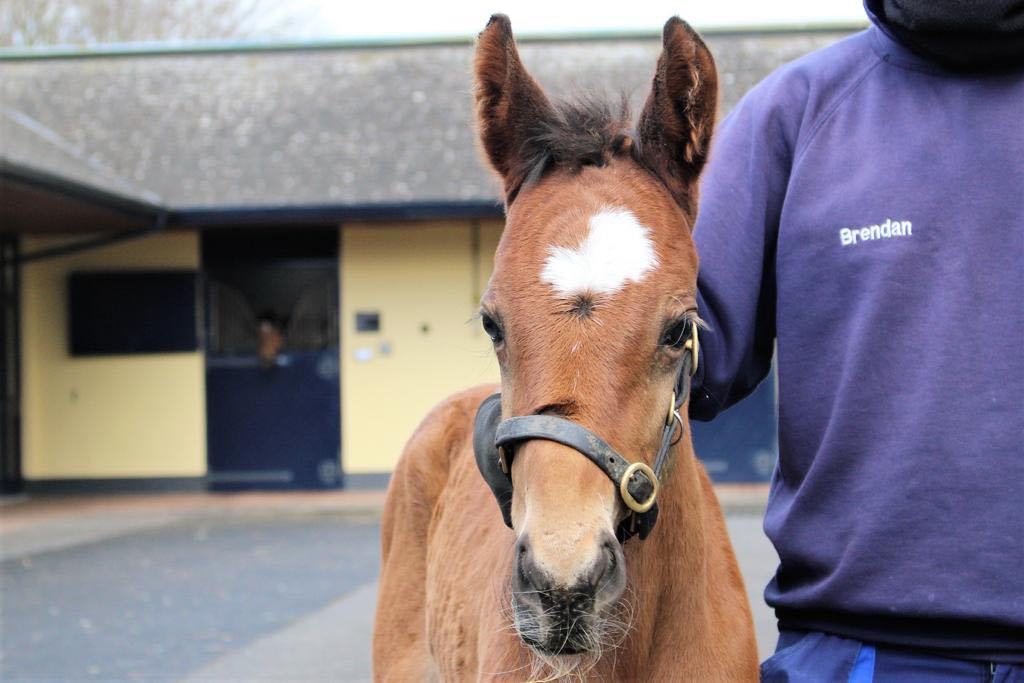 Prince A A Faisal’s homebred globetrotter MISHRIFF staged a demolition job in the Group 1 Juddmonte International Stakes at York Racecourse on Wednesday afternoon, pulling clear of a high-quality field of rivals by six lengths.

The winning margin was the biggest in the race, which regained its title as Longines World’s Best Race last year, since FRANKEL (GB) won the 2012 renewal by seven lengths.

Mishriff, who placed third in the Group 1 Coral-Eclipse and subsequently second in the Group 1 King George VI and Queen Elizabeth Stakes, was bred by Prince Faisal’s virtual Nawara Stud Limited banner, whose 11 mares are based at racing manager Ted Voute’s Eydon Hall in Northamptonshire.

Mishriff is a fourth generation Nawara Stud homebred out of CONTRADICT (GB), whose dam ACTS OF GRACE was a half-sister to INVINCIBLE SPIRIT. Contradict’s three progeny so far are all Stakes performers: first foal ORBAAN (GB) won the Listed Prix de Saint Patrick at Saint Cloud for Andre Fabre, while second foal MOMKIN has been second in Group 3 Craven Stakes, second in Listed Sir Henry Cecil Stakes, third in Group 3 Thoroughbred Stakes and second in Group 3 Supreme Stakes. Orbaan, now in training with David O’Meara having sold to new connections at the Tattersalls Autumn Horses-In-Training Sale in 2019, is declared to run in the Clipper Logistics Heritage Handicap at York tomorrow.

Hopes are high for the future, too, as Voute reports that Contradict has a Frankel colt foal at foot and is back in foal to Mishriff’s Nawara Stud homebred sire, MAKE BELIEVE (GB).

Voute told GBRI after the race: "He was so impressive, it was absolutely fabulous. The Prince's sons were there, which was great.

"On the world stage, the race throws up some of the highest-rated horses each year, and the Prince was really keen to have bred and raced a horse that was of the highest calibre. He felt that if we won the Juddmonte, we might get into that bracket. The way he did it today, we should get close to it. I think we became the highest money earner in Europe of all time today.

"We were very fortunate that we were in the late Prince Khalid's Juddmonte box. We were in awe of all the photos of his winners, including Frankel, before the race, and now we might be able to add Mishriff under the Saudi banner."

A win in the £1,000,000 Juddmonte International has taken Mishriff’s career earnings to over £11,000,000, following a spring campaign that saw him claim the Saudi Cup and then the Group 1 Dubai Sheema Classic. The four-year-old colt is now a three-time winner at the top level, having also won the Prix du Jockey Club at Chantilly last year.

Connections cite the Group 1 Prix de l'Arc de Triomphe as the next target and perhaps the Group 1 Breeders' Cup Turf after that.