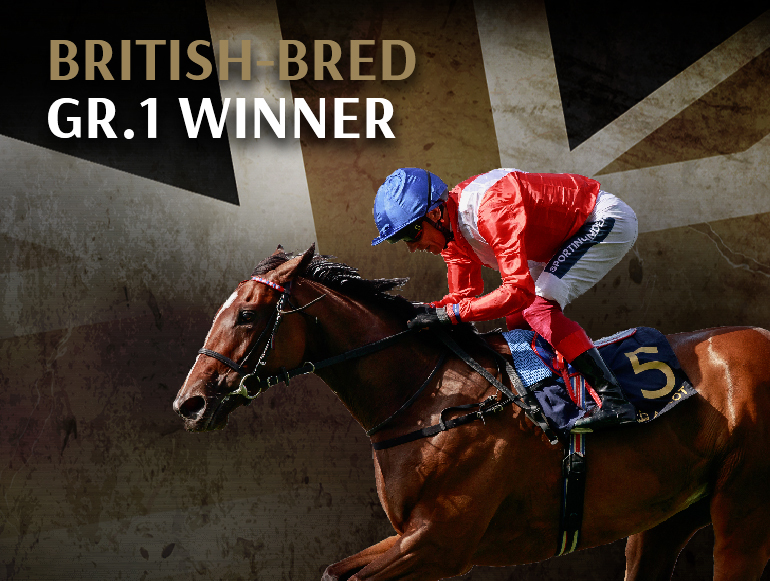 INSPIRAL (GB) went one better than both her dam and her great grand dam as she proved herself to be the best filly in Europe and, quite possibly, the world, with a brilliant victory in a red-hot international renewal of the £500,000 Group 1 Coronation Stakes at Ascot Racecourse on Friday.

Regarded beforehand by many as the highest quality race of this year’s five-day Royal Ascot meeting, this one mile event for three-year-old fillies lived up to every expectation as the 1,000 Guineas heroine, CACHET, set a strong pace with rivals from America, Ireland and France all in hot pursuit.

Inspiral, who owing to a slight setback as she was being prepared for the classics by trainers John and Thady Gosden, had not raced since clinching the status of European Champion Two-Year-Old Filly with victory in the Group 1 Fillies’ Mile at Newmarket last October, was slowest of the 12 runners out of the stalls and had to be scrubbed along by jockey Frankie Dettori in order to maintain contact with the field.

Dettori did not panic and, moving smoothly through the field despite having to wait momentarily before switching to find racing room with under two furlongs to run, she burst clear and stayed on strongly to the line to score by an impressive four and three-quarter length margin. Second was the gallant US raider, SPENDARELLA, with DISCOVERIES just beating TENEBRISM in an all-Irish battle for third and Cachet back in fifth.

Inspiral is a fourth generation home-bred for her Newmarket-based owners Cheveley Park Stud. By Banstead Manor Stud’s fabulous World Champion racehorse, FRANKEL (GB), who enjoyed an unblemished record of 14 straight victories on the track and is now one of the globe’s premier stallions, she was putting to rights two Royal Ascot near misses achieved by her maternal ancestors.

For, each sporting the patriotic red, white and blue Cheveley Park Stud silks, her dam, STARSCOPE (GB), finished second in this very race in 2012 while two decades earlier her third dam, MYSTIC GODDESS, had beaten all but the stupendously fast LYRIC FANTASY in the 1992 Queen Mary Stakes. Mystic Goddess went on to become the mother of the late great Cheveley Park stallion, MEDICEAN (GB), himself a Royal Ascot winner in 2001.