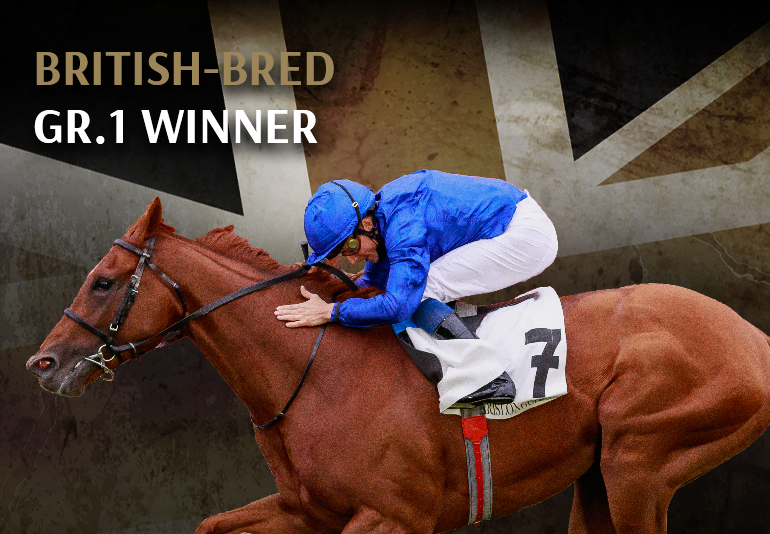 Irish Derby hero HURRICANE LANE raised his profile yet further on Wednesday evening at ParisLongchamp when putting up a stunning performance to win the Group 1 Grand Prix de Paris by six lengths.

Kept handy by William Buick throughout, Godolphin’s Classic winner reeled in longtime leader THE MEDITERRANEAN entering the home straight and showed an impressive turn of foot to kick several lengths clear of his rivals by the two-furlong pole under what was virtually a hands and heels ride.

The feat represents a second top-flight career success for the FRANKEL (GB) colt and his third Group win this year, with a victory in the Group 2 Dante Stakes in May also to his name.

Not only does the result add to an already memorable season for Godolphin, but it also represents another feather in the cap of breeder Philippa Cooper of Normandie Stud. Now run as a virtual entity with mares boarding both in Britain and Ireland, Normandie Stud also bred this year’s exciting Group 3 Hampton Court Stakes winner, MOHAAFETH, another son of Juddmonte Farms’ current flagbearer.

Hurricane Lane is out of GALE FORCE (GB), who was bought as a broodmare prospect by Stroud Coleman Bloodstock on behalf of Cooper for 270,000 guineas at the Tattersalls December Mare Sale in 2015. After having three foals, the second of which was Hurricane Lane and the third of which, named SWEET WILLIAM, Cooper retained to race, she was consigned by Newsells Park Stud, where Cooper boards some of her mares today, and sold to Watership Down Stud at the same sale in 2019. Watership Down have since welcomed a filly by AUSTRALIA (GB) and are awaiting the mare’s next foal by their own stallion, TOO DARN HOT (GB).

When asked on Thursday morning where this season ranks amongst her achievements as a breeder, Cooper told GBRI:

“It has to be the best. I watched it on French TV and I’ve never heard the French wax so lyrically about a horse in my life. They were completely in awe of him before the race and after the race they called him ‘serene’, because he has the most wonderful presence. He’s just wonderfully behaved. I know from Charlie Appleby that he can be a bit cheeky, hence why he has to be kept up to his work, but professionally, when you see him out and about, my goodness, he’s just fantastic.

“I can’t tell you, I have bred a horse that I would have always wanted to send my mares to, one I would never have believed I could breed. He’s extraordinary, he’s got the speed and the stamina, and the temperament, and the tenacity, and the will to win. He’s just extraordinary.

“I just hope now we’ve seen him that people when he goes to stud will patronise him. They were saying about Frankel ‘oh he’s imparted too much stamina into his horses’, but my goodness, this horse has got the best of everything. Suddenly, this year for the stallion has been lift off.

“They are two very, very special horses. William Haggas has taken a more conservative route with Mohaafeth, I think he’s a champion as well. I’m not saying it to show off, because it’s almost like a bit surreal, I’m looking from the outside and they’re with other people anyway, but Hurricane Lane, my goodness.”