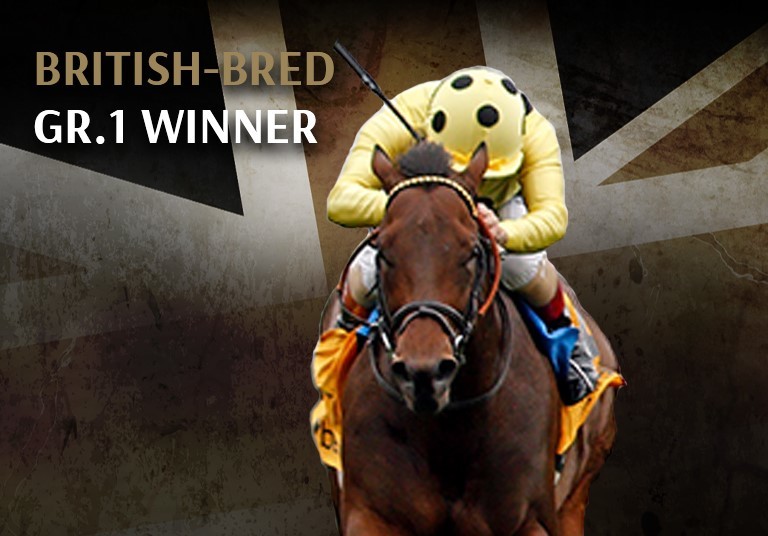 EMARAATY ANA (GB) clung on from the flying STARMAN (GB) to lead home a one-two-three for British-bred horses in a thrilling renewal of the Group 1 Sprint Cup at Haydock Park on Saturday afternoon, setting a track record in the process.

The five-year-old gelding travelled smoothly into contention under Andrea Atzeni and took control inside the final two furlongs. Trained by Kevin Ryan for Sheikh Mohammed Obaid al Maktoum, he looked to have an insurmountable lead. However, David Ward’s homebred Group 1 July Cup winner Starman and CHIL CHIL (GB), who was bred by Denniff Farms, hit top gear in the closing stages of the race and a photo finish was required to determine that Emaraaty Ana had prevailed. The result represented a second win in the race for Ryan's Hambleton Lodge team in the last three years.

Bred by Rabbah Bloodstock, Emaraaty Ana was a classy juvenile, successful in the Group 2 Gimcrack Stakes at York, and at three he contested the Group 1 2,000 Guineas and Group 1 Irish 2,000 Guineas. Reverting to sprint distances after his Classic runs, Emaraaty Ana returned to winning ways.

He has thrived this season, winning his first race for almost two years and finishing second in the Group 1 Nunthorpe Stakes on his most recent run prior to his Group 1 breakthrough on Saturday afternoon.

“It’s wonderful for the boss, Sheikh Mohammed Obaid, and this is what it is all about – the big days and the big horses. He puts so much into this game and he deserves a good horse; he’s got one in Emaraaty Ana and hopefully Triple Time could be a special horse for him next year.”

Ryan, who also trains Triple Time, pointed to the owner’s understanding of his horses as being critical to their success.

“I’m delighted for Sheikh Mohammed Obaid who has been very patient with him; we were riding this horse wrong. He loves his horses and will wait all day long for them. He is very knowledgeable and reads a race very well, he knows the horses who could go forwards and it is so simple dealing with him.”