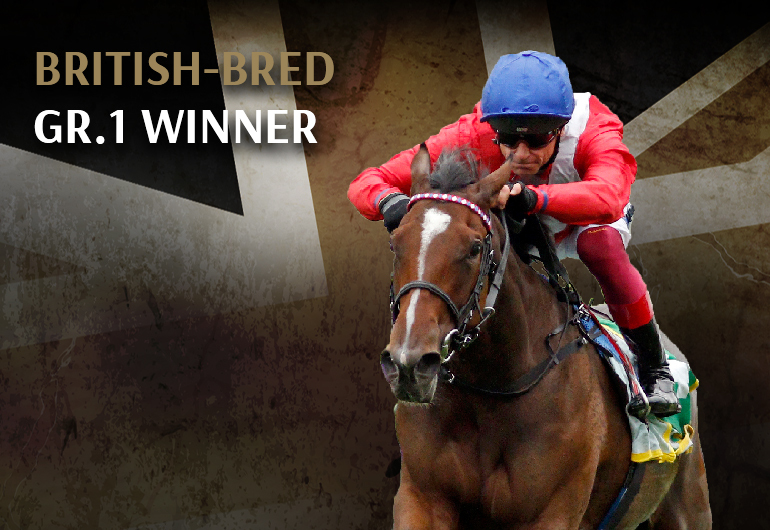 Tracking eventual third CACHET down the centre of the track through most of the contest, Inspiral made her move under Frankie Dettori at the three-furlong pole and surged clear as she hit the rising ground. At the line, the filly had put two-and-a-half lengths between herself and her rivals.

The result represents a third win in the prestigious two-year-old fillies’ contest for the Thompsons’ high-achieving Newmarket operation, with RED BLOOM (GB) having won the 2003 renewal and NANNINA (GB) having triumphed in 2005.

Like Inspiral, the latter of these was trained by John Gosden, today co-training with son Thady. The Gosden stable is now responsible for five Fillies’ Mile winners, equaling Aidan O’Brien’s tally and edging closer to Sir Henry Cecil’s record of six wins in the race.

Inspiral, who remains unbeaten, is on track for the Group 1 1,000 Guineas back at the Rowley Mile next May. A start in the race would represent a chance to set the record straight for this Cheveley Park family, as dam STARSCOPE (GB) (SELKIRK) finished runner-up in the 2012 renewal of the race.

Group 1 winning form over a mile can be found further back in Inspiral’s pedigree, as second dam MOON GODDESS (GB) was a half-sister to Queen Anne Stakes and Lockinge Stakes winner and subsequent Cheveley Park stallion MEDICEAN (GB), who himself sired Nannina.

The 2022 1,000 Guineas would also represent an opportunity for the Thompson family to win the race with a homebred filly, after enjoying success in the race as owners in 2003 courtesy of Tattersalls yearling purchase RUSSIAN RHYTHM (GB).

“In a year when the Thompson family have had great sadness, to be leading owner at Cheltenham and to be close to finishing the season with this filly having proved beyond doubt how hugely talented she is by winning the Fillies’ Mile, has given Patricia Thompson a great lift.”

Asked about the prospect of Cheveley Park having a homebred leading contender for the 1,000 Guineas next year, Richardson continued:

“It’s the ultimate dream. We’ve been lucky to win a Classic with homebred filly CONFIDENTIAL LADY (GB) when she won the Prix de Diane and have bred ENTREPRENEUR (GB) who won the 2,000 Guineas, obviously some time ago. We all know you go race to race, but to have a filly like this to winter on with high hopes, to think that we have a homebred filly that is seriously talented and all being well is a serious contender for the 1,000 Guineas next year, is very nice.”

On a significant week for Thompson in the Tattersalls sales ring as well as on the track, Richardson said:

“She has been here at the sales, she’s bought a lovely NO NAY NEVER filly and we’ve sold successfully some very nice colts. It’s been lovely to have Mrs T here and back at the helm. Everything’s full-steam ahead for the future and we very much look forward to next year.”

Juddmonte Farms can also celebrate Inspiral’s Fillies’ Mile victory as she becomes the 20th Group 1 winner for sire sensation FRANKEL (GB), and an eighth Group 1 winner for the sire in 2021 alone. The Banstead Manor resident became the fastest sire to reach 50 Group winners in history earlier this summer and is comfortably over £2,000,000 in prize money clear in the leading European sire table for 2021.