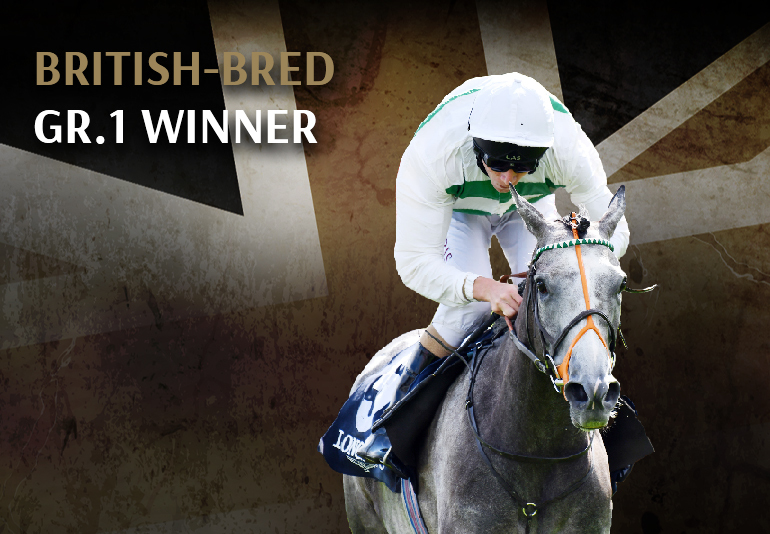 ALPINISTA (GB) landed a maiden Group 1 victory on Sunday afternoon at Hoppegarten in the Grosser Preis von Berlin, giving owner-breeder Kirsten Rausing of Lanwades Stud a 23rd winner of the season in her white and green silks, a tally that now matches that of Rausing’s most successful year in 2011.

Alpinista is relatively unexposed at the highest level, with a second-place finish to Classic and multiple Group 1 winner LOVE in last year’s Yorkshire Oaks representing her only previous start in Group 1 company. She has been highly tried in Stakes races, however, and rounded off her 2020 season with another runner-up performance in the Group 3 Princess Royal Stakes.

Since returning to the track in 2021, Alpinista has proven unbeatable, with three Stakes wins from three starts to her name. A dogged performance in the Listed Daisy Warwick Fillies’ Stakes in April was followed by a similarly gutsy display in last month’s Group 2 Lancashire Oaks, while today’s Group 1 win was her most convincing result to date.

Alpinista is the latest Group 1 winning representative of the ‘A’ family for which Lanwades Stud is well-known. Her dam, ALWILDA (GB), is a Listed winning half-sister to four black-type performers including Group 3 Legacy Cup Stakes winner ALGOMETER (GB), and granddam ALBANOVA (GB), herself a three-time Group 1 winner in Germany including in the Grosser Preis von Berlin, is a full-sister to two-time Group 1 Champion Stakes winner ALBORADA (GB).

Speaking to GBRI after Alpinista’s win on Sunday, Rausing said:

“I can barely believe it. In numerical terms, it’s my best season so far. That’s 23 winners in my own colours to date, and that is the same as my best ever year, which was 2011, but obviously that was by the end of season. Out of the 23 wins, we have eight black-type wins this year: a Group 1, two Group 2s, a Group 3 and four Listeds. It’s fantastic, all my ships are coming in, it happens every 25 years or so.”

On Alpinista’s career thus far and the family from which she hails, Rausing continued:

“We always thought she was pretty good. She was a Stakes winner at three, and as you know of course she was second in the Yorkshire Oaks, only six days over winning her Stakes at Salisbury. She’s possibly improved from three to four, but the ability was always there from her two-year-old days.

“I think she’s very typical of the family in that she is very brave. She sees off all comers and she takes battles, and battles with the colts, as she did today. Her illustrious ancestress Albanova, her granddam, could do the same, and of course her own sister Alborada was particularly brave, only small, but very brave. Alpinista is longer - physically to look at she perhaps isn’t as beautiful as some of them, but I’m absolutely not in any way denigrating her!

“This is the dam’s first foal. There is no three-year-old, but there is a two-year-old called ALPENBLUME (GB), she is a KENDARGENT filly with Sir Mark Prescott. Sadly, the now yearling, a colt by OASIS DREAM (GB), met with an accident and is no more, and there is no foal, but the mare is in foal to IFFRAAJ (GB). Of course, I have the mare and many of her family, about 20 [broodmares] I would say.”

On what lies ahead for Alpinista, Rausing added:

“The main job is done now. It’s a lot to ask of her to run in the Yorkshire Oaks again. The journey to Berlin is long, it’s two days in either direction, so I wouldn’t mind letting her have a break, but she will tell us what she wants to do, I’m sure.

“It’s far too soon to make a decision [on her future beyond 2021]. I suppose it rather depends how she ends this season. She is not an easy mare to mate externally, being by FRANKEL (GB), but of course I have just the right horse for her at home, STUDY OF MAN, but we won’t decide about that until she’s run her last race.”