Logician lays down the law in St Leger

LOGICIAN (GB) provided Juddmonte Farms with yet another huge winner when he stole the show in the William Hill St Leger at Doncaster on Saturday.

Trained by John Gosden, the three-year-old son of superstar FRANKEL (GB) brilliantly claimed the final Classic of the domestic Flat season with a two-and-a-quarter-length defeat of the British-bred SIR RON PRIESTLY (GB).

Logician, ridden by Frankie Dettori, is now unbeaten in five starts, having won the Group 2 Great Voltigeur Stakes at York on his penultimate outing in August.

A fifth foal, Logician is a full brother of three-time winner COLLIDE (GB), who is in training with Hugo Palmer. He is also a half-brother to three other winners, most notably multiple Group-race scorer SUFFUSED (GB).

Logician’s dam, SCUFFLE (GB) – by DAYLAMI – was a three-time winner and is a half-sister to star miler CITYSCAPE (GB) and the Group 1-placed speedball BATED BREATH (GB).

“He’s a mile-and-a-half horse really, but this is a Classic and Prince Khalid  (Abdullah) was keen because he breeds these lovely horses and wanted to win a Classic for Frankel.

“We’ve won him two now as we also won the Oaks for him (with Anapurna).

“He’s a gorgeous horse. I think he’d be better on good ground, rather than good to firm.

“He’ll probably revert to a mile and a half next year. He’s done so much so quickly this year that we’ll put him away now, he won’t run again this season.”

ENABLE (GB) added further gloss to her astonishing CV with a facile victory in the Darley Yorkshire Oaks at York on Thursday.

Prince Khalid Abdullah’s homebred bossed the mile-and-a-half Group 1 in the hands of Frankie Dettori and did not have to hit top gear to defeat old foe Magical by two and three-quarters of a length.

She is now unbeaten in 12 races, with this her 10th triumph at the highest level – and her second success in the Yorkshire Oaks.

This is likely to be Enable’s final run in Britain as she will retire at the end of the season, but not before she bids for an unprecedented third victory in the Qatar Prix de l’Arc de Triomphe at Longchamp on October 6.

“It’s the last day she’ll be running in England and it is special.

“I decided to make the running and I had the race in control.

“I’m emotional because she’s so good.”

Enable, trained by John Gosden, is a five-year-old daughter of NATHANIEL, who is based at Newsells Park Stud in Hertfordshire.

Her dam, CONCENTRIC (GB), was also a Juddmonte homebred who has produced a four-year-old half-brother CENTROID (GB), who won on debut last August for Dermot Weld.

A three-year-old half-sister, ENTITLE (GB), has made four starts for Gosden and was last seen running in the Group 1 Prix de Diane Longines at Chantilly in June.

“She’s cruised round there. She’s done it nobly. Her last furlong was her most impressive.

“I’m glad we brought her here. We couldn’t be more pleased with her.

“She has shown her class against the fillies and now you’ve got the big, old mountain of the Arc to climb.

“She wasn’t at her best in the Arc last year but if you go back to three-year-old form she’ll be mighty tough to beat.

“She has this amazingly competitive mind. If you were married to her you’d have to jolly well listen!”

“She’s just a great filly with a great constitution and an amazing mind. I’ve seen some wonderful racemares in my time and she is one of those.

“I don’t think (keeping her running after the Arc) is right. I just feel it’s asking something that’s not right.”

JAPAN (GB) continued his seemingly relentless ascent with a terrific victory in the Group 1 Juddmonte International Stakes at York on Wednesday.

And Japan was once again back in business at the highest level with a gutsy head defeat of the highest-rated Flat horse in training, CRYSTAL OCEAN (GB), who was bred at the Rothschild family’s Southcourt Stud in Bedfordshire.

The British breeding industry had further cause for celebration as the Sheikh Hamdan Al Maktoum-owned ELARQAM (GB) finished third, another length away from the winner.

“All he’s done is improve since the Dante. He had to try so hard and ran all the way to the line. He’s very progressive.

“He’s got better and better and hopefully he will keep on progressing. It was a superb performance.”

Japan, who also finished third in the Derby at Epsom, is a son of GALILEO and was bred at Dr Andreas Jacobs’ Newsells Park Stud, in Hertfordshire.

He was bought by the Coolmore operation for 1.3million guineas at Book 1 of the 2017 Tattersalls October Yearling Sale.

Newsells Park Stud continues to reap the rewards from sending Shastye to Galileo, with two-year-old colt MOGUL (GB) bought by Coolmore for 3.4m guineas at Book 1 of the 2018 Tattersalls October Yearling Sale.

Mogul finished an encouraging second on his racecourse debut at Gowran on August 14 and holds a raft of lofty entries.

“I’m very happy with him. Every day since he started in the Dante he has just kept on going forward.

“He has made lovely progress since France. He has a lovely mind. We know he gets a mile and a half but he also has the class for a mile and a quarter.

“He’s a very exciting horse. The race we were thinking of after this was the Irish Champion Stakes. The Arc and the Breeders’ Cup are also possibilities.”

RT @erikasteward_: Just 6 weeks until the Jump racing event of the year! Join @LygonCotswolds, @GBRI_UK, trainer @benpauling1 and jockey D…
about 3 hours ago

RT @Tattersalls1766: 🤗 We're looking forward to the @TheTBA_GB Flat Stallion Parade here on Thursday where eight stallions will be on show…
about 7 hours ago 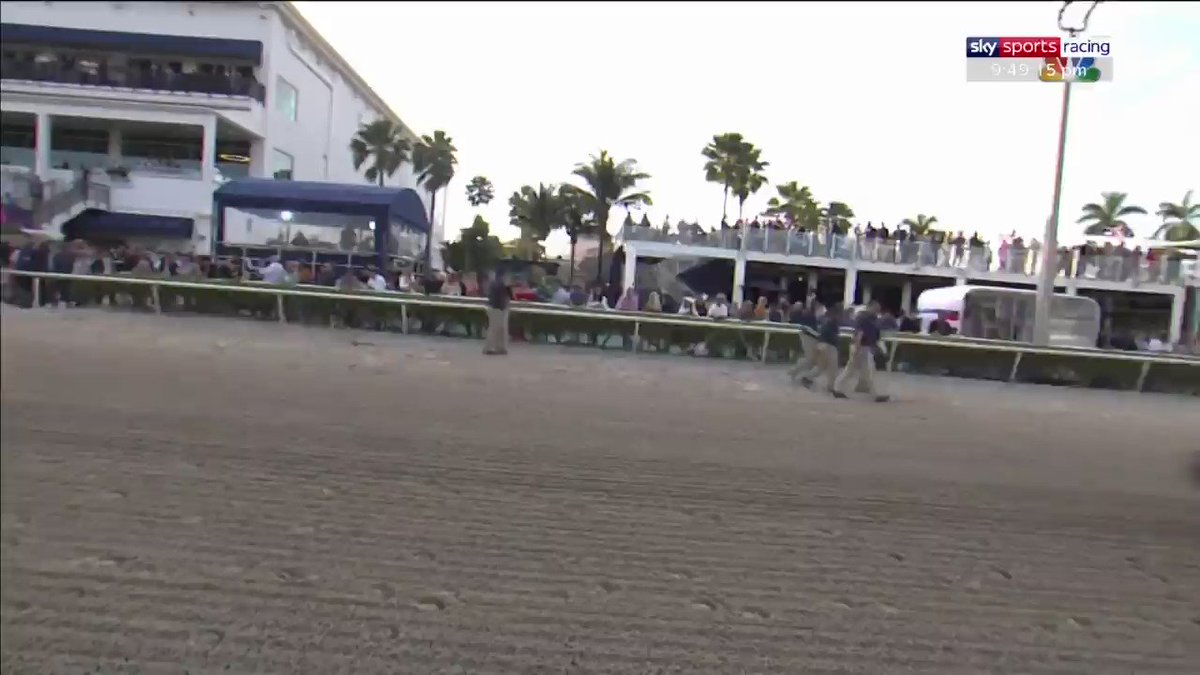