The government has informed racing’s leaders in the past hour that it has withdrawn permission for a pilot event involving customers to proceed at Goodwood tomorrow. The racing on Saturday will continue behind closed doors as it has on the earlier days of the Festival.

The Prime Minister is setting out the rationale for the government’s decision but we understand that concern about the national infection rate is the primary reason, and as a result all pilots of larger crowds in sporting venues will be postponed until at least 15 August.

Goodwood Racecourse and the Racecourse Association have been leading work on the pilot event, with the safety of Members and all those attending as the most important priority. Government and public health officials, national and local, have been briefed throughout on the plans and had approved the approach being taken. We are clear that the decision to cancel is not a consequence of any concerns about these plans or the measures taken by Goodwood to keep attendees safe but relates to the changing national situation.

We are very disappointed for those who were hoping to attend tomorrow’s event and for all those who have worked so hard to make it possible for spectators to be present. We will engage with public health authorities and DCMS over a rescheduled pilot at the earliest opportunity.

Adam Waterworth, Managing Director of Sport at the Goodwood Estate commented; “We have been led by the Department of Culture, Media and Sport throughout and whilst we are disappointed by the news, the health and safety of attendees, customers and staff is of paramount importance.”

David Armstrong, Chief Executive of the Racecourse Association, the RCA, said; “The RCA is very disappointed to learn that the pilot event at Goodwood Racecourse scheduled for tomorrow has been postponed. We understand and respect the issues raised within the Prime Minister’s announcement and have always maintained that public health has been paramount to any event, be it racing resuming behind closed doors or with crowds.

“The work undertaken by the sport, and especially the Goodwood team, to bring the safety protocols to life has been very thorough and detailed. It is worth reiterating there were no concerns with the protocols put in place by the sport and Goodwood Racecourse and we wish them the very best for the final two days of the Qatar Goodwood Festival which will take place behind closed doors.

“The RCA will continue to work closely with Government to plan future pilot events to welcome back crowds subject to the latest public health advice.”

MOHAATHER (GB) overcame a difficult passage in running to land the Group 1 Sussex Stakes on Wednesday afternoon, continuing the unstoppable run of success for owner Sheikh Hamdan Al Maktoum and delivering a first top-flight winner in 14 years for his delighted trainer, Marcus Tregoning.

The result was also an emotional one for breeder Gaie Johnson Houghton, who has nurtured Mohaather’s family for over 30 years at Woodway in Oxfordshire, home to the training establishment run formerly by her husband Fulke and, today, daughter Eve.

Johnson Houghton’s treasured thoroughbred family dates back to foundation broodmare SIRNELTA, who was acquired by Fulke – then the mare’s trainer – when she was sent to the sales by her former owner.

Sirnelta was an instant success at stud, producing Group 1 Cheveley Park Stakes winner DEAD CERTAIN (GB) at the first attempt. The success has continued to flow ever since.

Mohaather becomes the second Group 1 winner from the family in the last three years, following the success of ACCIDENTAL AGENT (GB) in the Queen Anne Stakes at Royal Ascot 2018.

Accidental Agent’s dam, ROODLE (GB), is a half-sister to Mohaather. Their dam, ROODEYE (GB), tragically died shortly after foaling Wednesday’s Sussex Stakes winner. As a result, Mohaather was nurtured by a foster mare in his early days and there will be no further siblings.

MOHAATHER (GB) pictured as a foal.

However, Johnson Houghton currently has five yearling fillies from the family in the field at Woodway, including a daughter of Sheikh Hamdan’s own stallion MUHAARAR (GB) out of Roodle. The filly, who is eligible for the full £20,000 Great British Bonus, will be offered on behalf of Johnson Houghton by Hillwood Stud at Tattersalls October Yearling Sale in the autumn. Johnson Houghton told GBRI:

“She would be the nicest yearling we’ve had for a bit.”

Johnson Houghton is also full of praise for Roodle’s colt foal by SHOWCASING (GB). The Whitsbury Manor Stud resident stallion has already been an outstanding match for the family’s mares thus far: not only is he the sire of Mohaather, but also the Sussex Stakes winner’s full-brother, PRIZE EXHIBIT (GB), who won two Grade 2s and two Grade 3s in America.

“I’m thrilled with him. He looks just marvellous. He appears to have a lovely temperament and is marked very similarly to his older brother, but much stronger and more mature looking.” The colt will be prepared for the yearling sales in 2021.

Speaking of Mohaather’s Sussex Stakes victory in the aftermath of the race, Johnson Houghton commented:

“I feel exhausted and overwhelmed after his win.

“It has always felt wonderful that I’ve got this amazing family, but it’s even more wonderful now that I’ve bred two Group 1 winners.

“While it is really devastating that I’ve lost the mare, it makes the win even more special.”

Enable goes one better than Frankel in record King George

Prince Khalid Abdullah’s homebred, who claimed the race both in 2017 and 2019, saw off her Ballydoyle rivals SOVEREIGN and JAPAN (GB) in convincing style under an emotional Frankie Dettori.

The six-year-old daughter of NATHANIEL (GB), who stands at Newsells Park Stud in Hertfordshire for a fee of £25,000, has been kept in training with John Gosden and will bid for a third Group 1 Prix de l’Arc de Triomphe at ParisLongchamp in October. She was denied victory in the final stages of last year’s race by WALDGEIST (GB), bred at Newsells Park.

Enable’s dam CONCENTRIC (GB) has a three-year-old Frankel filly named PORTRUSH (GB), also in training with John Gosden, who won nicely at Yarmouth Racecourse earlier this month. While it would be unfair to expect the same results as her record-breaking half-sister at this stage, connections are optimistic that she will earn at least black type status.

“It was another extraordinary ride by Frankie, who always knew that he had the bases covered, and another phenomenal training performance by John Gosden to have her in peak form.

“It is a great delight that she’s won today and become the first horse ever to win three King Georges. It’s another point of history for her.

“The win today means that she does surpass Frankel in winning eleven [Group One races] which is another milestone.”

Mockridge attributed the win to Prince Khalid, who chose to keep the mare in training for another year:

“It is testament to Prince Khalid keeping the mare in training as a six-year-old.

“It’s incredibly sporting of him, it’s wonderful for the sport to have a great race mare like her staying in training, so that younger generations can be judged against them; it’s the only way we can ever tell how good horses are over a period of time.”

The Juddmonte team were not able to witness Enable’s landmark win, but still supported from their Banstead Manor base:

“It was nice to watch her on television but there is something about being there and seeing her. She has this very magical way of moving around the parade ring and she’s incredibly serene. She is a massive presence.

“It was just so nice to see her looking so incredibly happy in her work.”

Enable is set to retire to stud at the end of this season and GBRI asked Mockridge whether any breeding plans had been drawn up:

“It’s a bit early to be making any decisions. The focus has, and the reasoning behind keeping her in training has, always been the Arc and Prince Khalid and the team made that very apparent from the onset.

“There are options and you would have to consider Kingman, who is absolutely flying at the moment. I imagine he will be high up on the list but that will need to be discussed with Prince Khalid; he is the decision maker.”

RT @GoffsUK: 💥The Doncaster Premier Yearling Sale has produced FOUR of the top eight @Timeform top-rated 2YOs in Europe.💥 🏆 Supremacy 🏆 Me…
about 13 hours ago 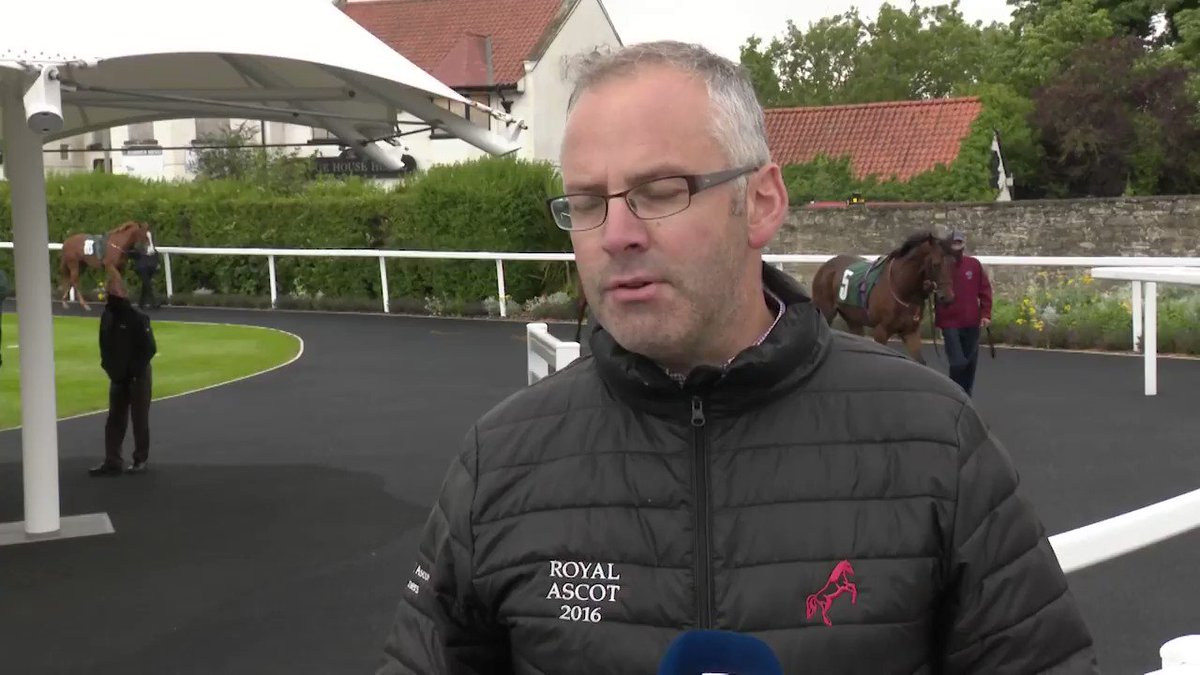